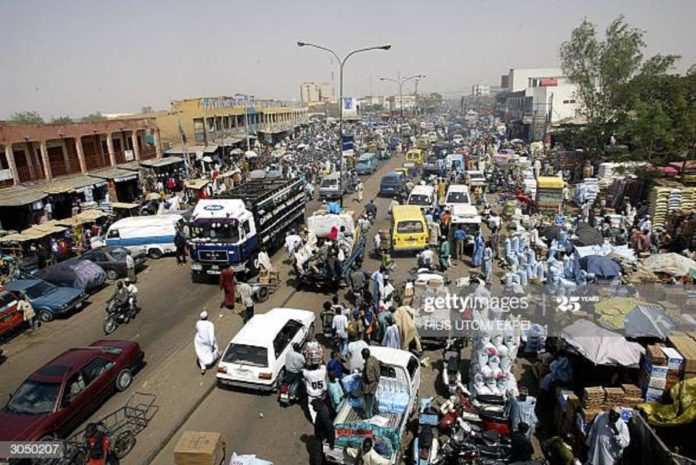 The sad tale surrounding the spread of the deadly virus continues to hover around the commercial hub of northern Nigeria, Kano State. Information available to 247ureports.com obtained through competent sources in Kano State indicates the minority community of Sabon Gari have become overtaken by the deadly corona virus disease. This is as corpses are being recovered from homes within the community on a daily basis.

According to information gathered, the community of Sabon Gari which is predominantly occupied by non-indigenes of Kano State – mainly southerners which had been considered safe from the marauding pandemic that had hit the ancient city of Kano has now been invaded by the virus.

The heartland communities of Kano had been hit by the virus more than most communities in Nigeria – recording unofficial death rate of over 200 deaths daily. Undertakers around the city observed a sharp uptick in the number of corpses being brought to the several burial grounds in Kano – and registered their concerns.

In Sabon Gari, our source indicates that beggars and almajiris who would troop into the community to beg for alms – are said to be carriers of the virus – and unknowingly are spreading the virus inside Sabon Gari.

The source notes that dead bodies believed to have been victims of the virus are recovered from many locations within Sabon Gari. “Yesterday along Sayolu / Ijebu road, two dead bodies were recovered and buried secretly in the evening”.

The source lamented that Sabon Gari is no longer safe. “More dead bodies were pulled from New road, Burma road and Weatherhead road in the evening and buried discretely”. The source called on the authorities to situate a testing center inside Sabon Gari. “We need help”.

The federal government had been slow to respond to the unfolding disaster. The State Government, within its own capacity had put forth efforts to mitigate the rapid spread of the virus but the resources required appears beyond the capacity of the State. It took the combined effort of the CEO of BUA and Dangote industries to set broad reaching testing centers – with sufficient test capacities to make a significant dent.

Interestingly, the Kano born billionaire, Aliko Dangote was not fully willing to help the people of Kano State owing to his friendship with the ousted Emir of Kano, Alhaji Lamido Sanusi. The billionaire initially reneged on his pledge to donate testing centers until the CEO of BUA stepped to set up testing centers.

247ureports.com could not reach the Eze Ndigbo, Boniface Ibekwe. He is said to be hospitalized.