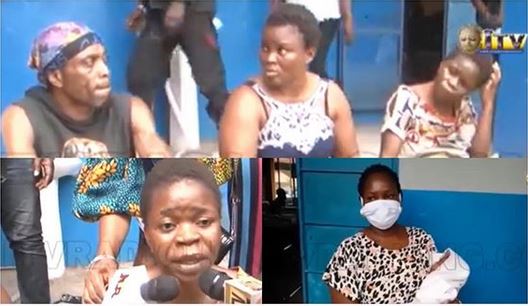 Exposed! How A Man And His Wife Stole And Sold A 2-Month-Old Baby For N300k (Photos)

According to ITV, one Joshua Aiworo, aged 38, and his wife, Blessing Ogieva, aged 25, have been arrested for allegedly stealing and selling a two-month-old baby to one Felicia Imaguomaruomwan at the rate of N300,000.

The couple confessed that one Joy Samuel aka Mama Jennifer – who is based in Italy – linked them up with Felicia in Edo State.

They further confessed that the initial agreement with the buyer was that after payment of the amount, Felicia was going to provide capital to Blessing so that she could start a business of her own.

The police have since recovered the baby and taken him to an orphanage home at Oka, Upper Sakponba road in Benin City for care.