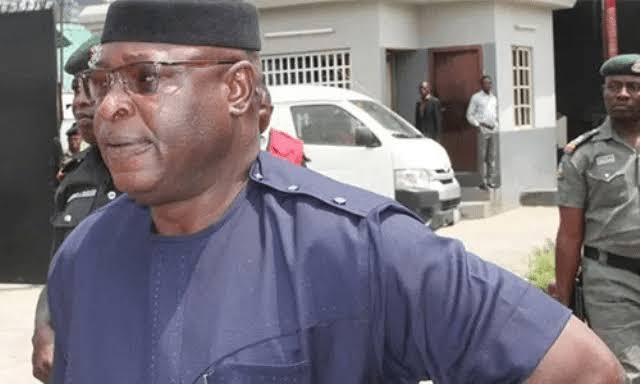 A former Director of Finance at the Nigerian Air Force, Air Vice-Marshal Jacobs Adigun, loses properties worth millions of Naira to the Federal Government as the Federal High Court sitting in Lagos on Friday ordered the forfeiture of 12 landed properties linked to the former NAF Director.

Justice Mohammed Liman in a judgment on an ex parte application filed by the Economic and Financial Crimes Commission (EFCC), order the temporary forfeiture of the properties.

The land were identified to be located in Lagos and Abuja; they are to be forfeited to the Federal Government.

Counsel for the EFCC, Rotimi Oyedepo, argued before the court that the properties were reasonably suspected to be proceeds of N21.4 billion alleged fraud against Adigun in conjunction with Air Commodore Olugbenga Gbadebo and a former Chief of Air Staff, Air Marshal Adesola Amosu (retd.).

EFCC alleged that they conspired to convert the funds belonging to the Nigerian Air Force to their personal use sometime in 2014, leading to their before prosecuted in another court.

An investigating officer with the EFCC, Akube Okechuckwu, in an affidavit in support of the forfeiture application, highlighted that the N21.4 billion included N200 million paid on January 7, 2014 into NAF Operations account by the Office of the National Security Adviser; N3 billion maritime security support paid to NAF by the Nigerian Maritime Administration and Safety Agency in September 2014; and 18.2 billion moved out of NAF accounts into various cronies’ companies.

The EFCC’s counsel, Rotimi Oyedepo, therefore, appealed to Justice Liman that it would be in the interest of justice for the court to order a temporary forfeiture of the 12 landed properties linked to Adigun.

Justice Liman having taken the submissions of the EFCC counsel, issued an order for the temporary forfeiture of the properties.

He further ordered EFCC to publish the forfeiture order in a national daily newspaper so as to put interested parties ‘on notice’.

The Judge then adjourned to June 9 for anyone with interest in the properties to appear in court to give reasons why the properties should not be permanently forfeited to the Federal Government.