A six-week-old baby has died of coronavirus in England, the NHS has confirmed.

A further 332 deaths in hospitals in England were recorded today, among them the newborn baby.

NHS England said the infant died in hospital on May 3. The oldest victim of the virus was 103.

Across the UK, a further 409 people have died of coronavirus in hospitals, raising the overall death toll to at least 31,024.

Announcing the tragic news, an NHS England spokesperson said: ‘A further 332 people, who tested positive for the coronavirus (Covid-19) have died, bringing the total number of confirmed reported deaths in hospitals in England to 22,764.

‘Patients were aged between six weeks and 103 years old.  22 of the 332 patients (aged between 40 and 96 years old) had no known underlying health condition.

‘Their families have been informed.’

The government is due to announce its official death toll later today, which will include deaths in care homes and the wider community. Yesterday, that number stood at 30,615. 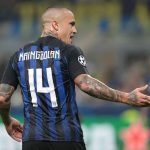 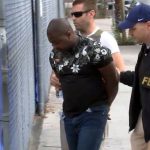