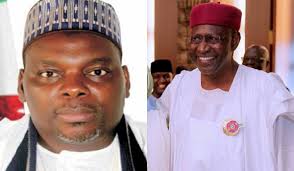 Mr Magaji, on Thursday, in a series of Mr Magaji Facebook posts, apologised to many for his inability to respond to their messages. He said this was because of his deteriorating health condition.

In another post, he solicited for prayers, while announcing that his sample earlier taken by the Nigeria Centre for Disease Control tested positive to COVID-19.

“This morning my NCDC test is out… I have been confirmed Covid-19 Positive… And have been moved to one of the state facilities…pray for us!” Mr Magaji posted.

The NCDC on Thursday announced 195 new infections across the country with Kano having 30 cases.

Kano State governor, Abdullahi Ganduje, in April, fired Mr Magaji, after he issued comments which appeared to be ‘celebrating’ the passing of Mr Kyari.

Mr Kyari died in April in Lagos of coronavirus and was buried in Abuja.

The sacked commissioner, Mr Magaji, on his Facebook page had written, “It’s very very important we put things in perspective so that we can save our system from punitive unconstitutional usurpers in the future!

“Democracy & democratic equity does not by itself strive.. It must be guarded and protected… One person, just one person can set a dangerous precedence!

“When you are all done with the pretence and crocodile tears, we will do a review in overriding interest of the Nation and its people!

“I am perfectly aware of the storm I am in… The fact however is I know what comes from the heart or that what is purchased! You all will come around,” Mr Magaji posted.

In a statement, Kano’s commissioner for information, Muhammad Garba, said Mr Magaji’s removal was as a result of “unguarded utterances against the person of the late Chief of Staff to the President, Malam Abba Kyari.”

However, Mr Magaji later apologised and said, “as a Muslim and a patriotic Nigeria, I was only misunderstood by people to think that I celebrated Kyari’s death, the truth is, I didn’t.”