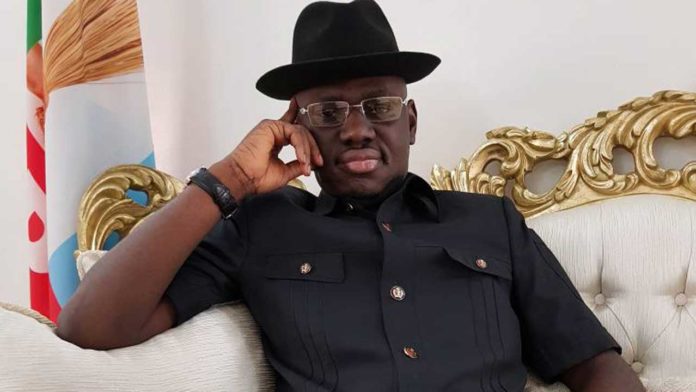 A political activist and former Deputy National Publicity Secretary of the All Progressive Congress (APC), Comrade Timi Frank has lambasted the National Assembly for its poor performance in its constitutional role as a check and balance on the executive arm of government.

Timi Frank, known for his consistency in telling truth to government, described the 9th Assembly as a ‘copy and paste’ body of legislators that have sold off their authority and conscience for a pot of porridge.

The Bayelsa born activist said Nigerians will no-one surprised because Senate President Ahmed Lawan once told the Nation that “anything request President Buhari send to the National Assembly under him will be approved.”

In a tweet from his verified Twitter handle, @RealTimiFrank on Saturday, the political activist tweeted; “9th Assembly is Nigeria problem. They’re ‘Copy & Paste’, they’re worst than rubber stamp. That’s why they cannot say ‘No’ to all the loan requests from @MBuhari. Becos they’re beneficiaries of the loans. They have 10% from all the loans. These people are worst than COVID-19.”

He described the 8th Assembly, under the leadership of Senate President, Dr. Bukola Saraki and Hon. Yakubu Dogara, Speaker of the House of Representatives as one that had the genuine qualities of true democrats with the interests of the people at heart who could confidently and boldly ask questions of the Buhari administration.

“Now, Nigerians will see the true reasons why the Buhari administration never liked the 8th Assembly.

“We have never seen the 9th Assembly deliberate any request for loan by the general Buhari presidency and have immediately gone ahead to approve every loan request without crosschecking to see if previous loans have been properly utilized for the purposes it was meant for. What has been the concern of the 9th Assembly and her leadership is their own gains.

“The legislators have turned themselves into Praise singers and copy and paste bunch of every request from the Executive arm. No wonder Nigeria is presently its present state.”

“The 9th Assembly and Buhari want to impoverish Nigerians with the loans it has obtained with nothing to show in its almost six years in office. The corruption mark, under this administration has shot up with the Legislative arm, an active aparticipant”, Frank stated.

He therefore called on Nigerians to hold their representatives accountable for their various roles they have all played by providing legislative cover for the President and his government.

“Hold your representatives accountable for they are responsible for the hunger and poverty Nigerians are currently witnessing”, Frank stated.

Comrade Timi Frank stressed that the 9th Assembly members are part and parcel of the corrupt @GenBuhari led Government as it has always approved anti peoples laws in support of Buhari because of their slavish attitude.

“Saraki and Dogara were leaders who had the interests of Nigerians unlike this bunch who are anti people and will approve any loan request from Buhari without considering the implications to the country”, he insisted.