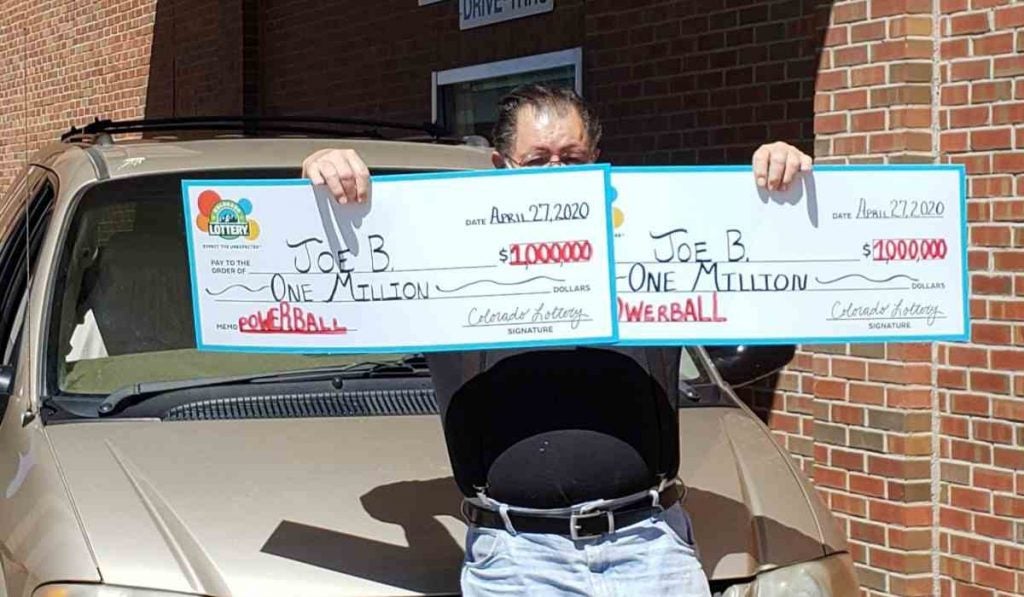 A man in the United States has won $1 million twice on the same day after playing the same set of numbers, proving the odds are definitely in his favor.

The Colorado man, “Joe B” won two, $1 million Powerball prizes on March 25 while playing the same set of numbers, the Colorado Lottery said in a press release.

The Pueblo man came to claim his prize Monday at the Lottery’s drive-thru claims office.

According to reports, Joe bought a few Powerball plays in the morning at a 7-Eleven on Lake Ave., and that same night, bought some more at Loaf N’ Jug, also on Lake Ave., the release said.

Although this is the first time an incident like this is being reported for the Colorado Powerball, a similar one had happened in Virginia in 2012, CNN reported.