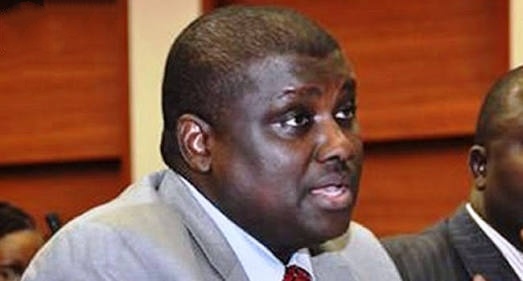 A Federal High Court in Abuja has insisted that the former Chairman of the defunct PENSION REFORM TASK TEAM, ABDULRASHEED MAINA must provide a serving Senator as his surety being part of his bail conditions.

Ruling on Maina’s application for bail variation the trial judge, JUSTICE OKON ABANG held that Maina failed to provide sufficient evidence before the court to prove that he is unable to meet the bail conditions handed to him by the court which includes the provision of a serving Senator as surety.

The court also rejected the the request by the ECONOMIC AND FINANCIAL CRIME COMMISSION, EFCC asking it to revoke the bail granted to Maina on the ground that the allegations contained in the application before the court were not backed with facts.

The FEDERAL HIGH COURT had in November 2019 admitted Maina to bail in the sum of ONE BILLION NAIRA with two sureties who must be serving Senators and must not have any record of criminal trials .

Maina could not meet up with the bail conditions , he therefore approached the court in January, 2020 for variation instead JUSTICE ABANG on Wednesday ruled that the defendant should produce one serving Senator, Permanent Secretary or a Director in the FEDERAL CIVIL SERVICE as surety.

The surety must also be prepared for a N500M BOND each and must always be in court with the defendant at each adjourned date, a decision the defence counsel JOE-KYARI GADZAMA said is too stringent.