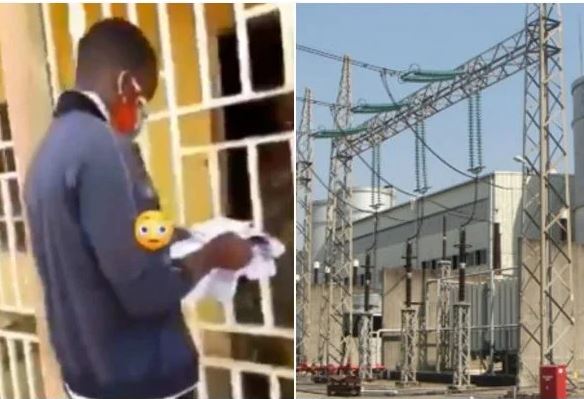 A Nigerian man has shared a video of electricity distribution workers delivering bill to houses in his area despite the ongoing COVID-19 lockdown.

In the video, the staff of the electricity distribution company can be seen moving from house to house to deliver their bill.

The young man in the video, complained about the action, stating that it was insensitive of them to share the bill despite the economic conditions.

It can be recalled that few days back, angry residents of Isale Igbeyin/ Grammar school areas of Abeokuta allegedly attacked a staff of the Ibadan Electricity Distribution Company IBEDC identified as Ayorinde Olajide.

Narrating his ordeal and how he was attacked by angry residents, the PHCN official identified as Ayorinde said he was out distributing bills to the residents who were at home due to the lockdown when he was attacked.

Ayorinde further disclosed that they started throwing stones at him before he could explain why he was distributing bills and left ended up with an injured eye.

Man cries out as PHCN delivers electricity bill to houses in his area. pic.twitter.com/cOkiicA1XC