Africans in China are still facing discrimination and are being barred from hotels, shops and restaurants in Guangzhou, despite Chinese officials’ assurance that it would stop.

There had been outrage across many African countries earlier this month when racist discrimination in Guangzhou sprang up seeing most African citizens in the province sleeping on the streets.

Africans in the city who were contacted recently by the Guardian said they still faced hostility and racism, prompted by fears they may be carriers of Covid-19.

Frank Nnabugwu, a Nigerian businessman who has lived in Guangzhou for a year, said he was not allowed to return to his rented accommodation last week after being released from two weeks’ quarantine. “The security guards said to us: ‘No foreigners are allowed’. I was upset, very upset. I slept on the street,” the 30-year-old said. 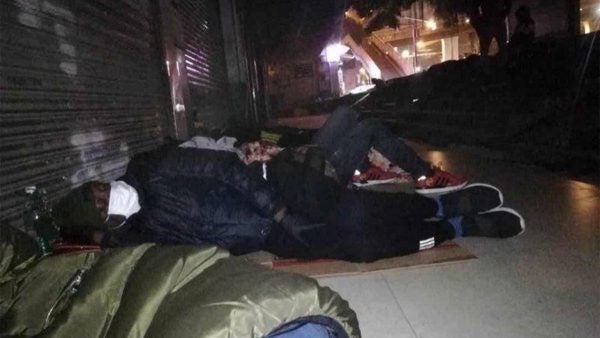 “We use the receptionist to order food. If they [food delivery companies] know it is a foreigner ordering food they will not come. You cannot buy anything in a shop; if you go in they will cover their face and chase you out.” Nnabugwu said

Kidus Mulugeta, an Ethiopian who moved to China four years ago to study mechanical engineering, said the atmosphere in Guangzhou had changed rapidly.

“It was so fast,” he said. “I went into quarantine … We were treated fine. Then we came out. Everything was different, uncomfortable. Like Chinese people changed their minds.”

Mulugeta, who has a job offer at a Chinese company when he graduates, said many African people found it impossible to rent accommodation and hadn’t been allowed into supermarkets.

“They say ‘no foreigners’, but if it’s a Russian or European, they allow white people to enter,” he said.

A Ghanaian computer science student said he had been in a hotel when police officers took him to another hotel to be mandatorily quarantined and he was tested more than five times.

The 25-year-old, who requested anonymity, said he was denied entry at “about 15 hotels” and slept on the streets. “ I have been denied entry into public places, denied into restaurants. All the tests they did have been negative.” 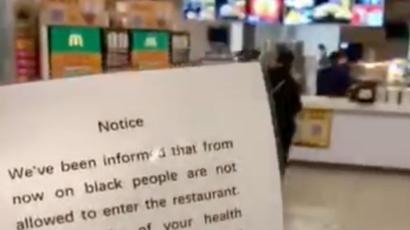 Anger in Africa rose earlier this month when images of African residents in Guangzhou being barred from various locations began circulating on social media. Other images showed evicted Africans sleeping on the streets.

African leaders are generally reluctant to criticise China, which has loaned governments massive sums and provided medical assistance in recent weeks, but the reports provoked rare official protests to Beijing.

Many African leaders were shocked by the vehemence of the online reaction in Africa to the incidents, said Cobus Van Staden, an expert in China-Africa relations at the South African Institute of International Affairs. “They realised there was domestic pressure,they usually tend to downplay [problems] but I think they realised that would be politically impossible this time,” he said.

A number of African states called in Chinese ambassadors and the African Union, which represents more than 50 states, said the discrimination had caused grief, pain and humiliation to all Africans, The Guardian reports.