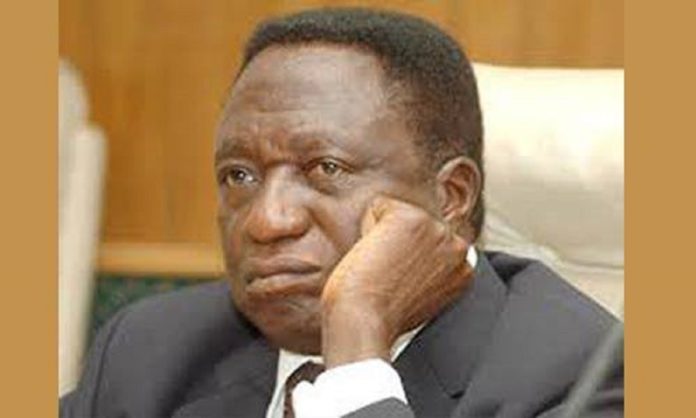 A Federal High Court sitting in Abuja has ordered the interim forfeiture of Gravity FM, Igboho and some other properties belonging to Ex-Registrar of the Joint Admission Matriculation Board (JAMB), Professor Dibu Ojerinde.

Ojerinde, was also pioneer Registrar of the National Examination Council, NECO, had joined the All Progressives Congress, APC, in the build up to the 2019 general elections. His son, Hon.Olumide Ojerinde, subsequently got the party’s ticket to contest the Oorelope/Irepo/Olorunsogo federal constituency seat. He won.

Recalls that former Governor Oyo State Abiola Ajimobi had, immediately after his announcement as APC Deputy National Chairman (South) announced Professor Ojerinde, who is Nigeria’s first professor of test and measurement, as a member of the party’s Reconciliation Committee in Oyo State.

In the forfeiture order, which was published in the PUNCH Newspaper on Friday, Justice Ijeoma L. Ojukwu ruled that each of the said properties was acquired with public funds which represents proceeds of unlawful corrupt activities.

In the order, the Justice stressed further that any person interested in the said properties should appear before the court to show cause within fourteen days of the publication why a final forfeiture order should not be made in favor of the Federal Government.

The properties of the Igboho-born politician, who recently joined the All Progressives Congress, will be managed and controlled by the Independent Corrupt Practices and Other Related Offences Commission and Mr David Igbodo, an AIG (Rtd) has been appointed as the Interim Administrator pending further directives from the court. The Court order stated;

“An order of this Honourable court is hereby made for

the interim forfeiture to the Federal Republic of Nigeria

of all the immovable properties listed in A attached to

the affidavit in support and marked by the Independent

“An interim order of this Honourable Court is hereby

made that the properties attached/forfeited in the

interim and be managed and controlled by the

Independent Corrupt Practices and Other Related

Some of the properties are;

(9) and Properties in South Africa.

(10) Shares in banks, fixed deposits and money in bank accounts were also part of the properties listed to be

forfeited by the same order of the Court.