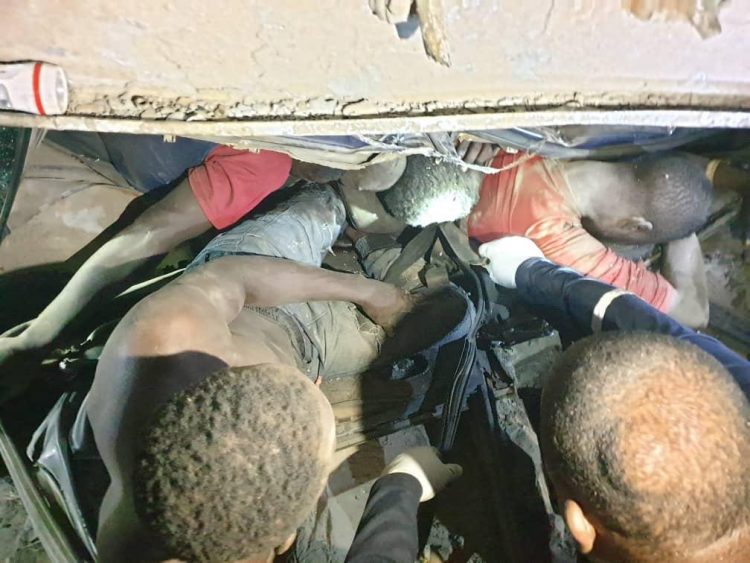 Victims of the tragedy –>

Victims of the tragedy

“Investigations revealed that a total of 7 people were in the crushed car with 6 of them having lost their lives on or shortly after the impact while efforts are ongoing by the response team to extricate the single adult man who is alive but remains trapped beneath the silo truck.

“Recovery operation ongoing. The deceased will be transported to the mortuary for processing,” he said in a statement around 12:16am.

“We also wish to appeal to members of the public to comply with the COVID-19 social distancing guidelines laid down by the Governor, Mr Babajide Olusola Sanwoolu, to avoid endangering themselves as well as the rescue workers who are already operating under extremely challenging conditions,” he said