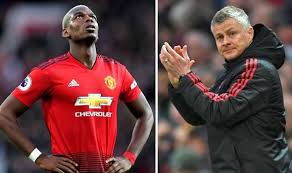 Paul Pogba’s transfer speculation away from Old Trafford has dominated the media space throughout the last summer transfer window.

Meanwhile, National Daily has just gathered from the latest report that Ole Gunnar Solskjaer is convinced that the Frenchman will remain a United player against all odds.

Solskjaer remains confident Paul Pogba will still be a Manchester United player next season after watching his resurgent side thrash LASK in the Europa Leauge.

The Red Devils spanked LASK 5 – 0 with goals from Odion Ighalo, Daniel James, Juan Mata, Mason Greenwood and Andreas Pereira thus ensuring a straightforward victory for Solskjaer’s side against the Austrian minnows in a match which was played behind closed doors.

United are now unbeaten in 11 matches in all competitions and have built some genuine momentum following the January signing of Bruno Fernandes.

Pogba, meanwhile, has been restricted to just eight appearances in all competitions this season due to an ankle injury but is expected to be back in training imminently National Daily has learnt.

The France international has consistently been linked with a move away from Old Trafford ever since he announced his intention to seek a fresh challenge last summer, but earlier this week was reported to have had a change of heart and Solskjaer is looking forward to welcoming the club’s record signing back into the fold.

‘Paul’s our player. He has two years left on his contract, a year plus the option of another, Solskjaer said at his post-match press conference.

‘You can expect Paul to be here [next season], yeah.’