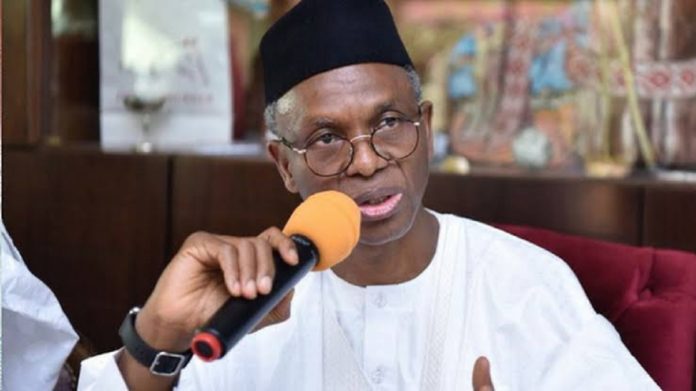 The attention of the Southern Kaduna Peoples Union (SOKAPU)
has been drawn to the recent sympathy by Governor Nasir Ahmad el-Rufai to
attacked communities in Igabi and Giwa LGAs that resulted in the death of no
fewer than 51 persons. During the visit, the governor, apart from vowing to deal
with the bandits, also apologised to the communities over inability of
government to protect them.

We are extremely saddened by this dastardly invasion of yet
another peaceful and defenceless communities which has added to incessant
invasions and kidnappings that have plagued communities across our dear state
in recent times. SOKAPU wishes to express
regrets and hard felt sympathies to grieving members of these
communities over the huge loss of human lives and property.

The prompt response by el-Rufai as demonstrated in his
sympathy visit may have portrayed him as a humane leader that is genuinely
interested in the welfare of   citizens.
It is strange that after series of deadly attacks on communities, mostly
in   the southern part, he has neither
condemned it nor issue a statement on such attacks. Could this present apology
be premised on rhetoric calculated at achieving some political agenda, rather
than expressing genuine sympathy?

Without equivocation, even before the dastardly attacks on
Igabi and Giwa villages, several communities in southern part of the state have
been invaded by kidnappers, Fulani herdsmen militia and armed bandits. These
attacked communities in Southern Kaduna have become prone to interminable and
unprovoked attacks that have led to scores of deaths, abductions and massive
destruction of property.

For instance, on 6th January, 2020 armed bandits, numbering
over 100, invaded over 10 communities in Chikun Local Government Area where
they abducted no fewer than 58 people and killed no fewer than 35. They also
sacked over 8,000 as Internally Displaced Persons (IDPs) scattered all over
communities that have not been attacked in the local government area.

On the same day, Kasso Community, also in Chikun LGA,
located on the eastern boundary with Kajuru LGA, came under attack where three
members of the same family were killed and two abducted, including a
breast-feeding mother with a six-month old baby.

On January 8, gunmen attacked Good Shepherd Seminary in
Buwaya, Kaduna, where they abducted four seminarians. One them, Mike Nnadi, was
later murdered, while three were set free.
On 25th January 2020, the wife of a medical doctor, Dr Phillip Ataga,
was kidnapped alongside her two children. She was later killed, leaving the
children behind who were later released after a whopping sums of money was paid
as ransom.

On 13th February, 2020, armed militia men stormed an open
market In Maro village in Kajuru LGA and killed eight people, while inflicting
injuries on several others.

Less than twenty fours to the attacks on Igabi and Giwa
villages, it was yet another story of bloodshed for Kurmi Community in Chikun
LGA when on 29TH February, 2020 invaders stormed the community and burnt down
no fewer than 25 houses, two churches and the entire food barns belonging to
the community

Again, Less than 48
hours after el-Rufai vowed to send bandits to their maker, yet another gang of
terrorists stormed Matsirga village in Zangon Kataf Local Government Area where
they killed two persons and mortally wounded five others. These vicious
attacks, among others, are only some of the reported cases. SOKAPU is in
possession of a catalogue of attacks of several unreported cases of killings,
kidnappings and destructions in our besieged communities. We shall release such
information in due course.

Against the backdrop of the recurring killings and massive
destruction of property that is being neglected by the Kaduna State Governor
and security agencies of the Federal Government, SOKAPU wishes to let the world
know that our communities are under siege and marked for complete
annihilation.  We feel very strongly that
the silence of the Kaduna State Government on the unending massacres of our people
is not only suggestive of complicity, but also a well-crafted ploy to
obliterate our communities.

We call on the world and Nigerians to be aware of the double
standards being deployed by the Kaduna State Governor in dealing with victims
of these vicious attacks. In spite of the massive humanitarian crisis created
by these invasions, the Kaduna State Government has not found reason to visit
the invaded communities or even set up IDP camps to provide assistance either
from the government or good spirited individuals and organisations. More pathetic
is the fact  survivors of most of these
communities whose food barns have been burnt down, having no aid coming from
anywhere, have returned to their villages without any assurance against future
attacks.

Having watched the disposition of hate and neglect by
Governor el-Rufai on Southern Kaduna communities, SOKAPU is calling on
charitable international and local organisations/individuals to come to the aid
of victims of these attacks that have made life unbearable for our people. Most
of these victims, especially those living in sacked Gbagyi and Adara
communities are now harrowing shadows of humanity whose dignity to   conditions of living has been robbed.