Kokun Foundation gifts a new car to Sandra, a female Gokada rider who became a viral sensation after she became jobless due to the recent ban on motorcycles and tricycles In Lagos State.

Following the proscription of motorcycles and tricycles movement in some parts of Lagos on Saturday, February 1, 2020, a video emerged online showing a female motorcycle rider who works with Gokada bitterly appealing to Lagos government to reverse its decision on the ban.

Sandra, a National Diploma graduate of accounting, Yaba College of Technology in Lagos State, who works with Gokada as an IT staff, appealed that the state government should regulate the riders on how they move around with their motorcycles and Tricycle rather than ban them.

Narrating why she decided to work with Gokada as a staff, the female rider disclosed that she searched for jobs but she could not see one, and white collar jobs that are available are not attractive in terms of payment.

Sandra further revealed that some employers pay N20,000 as salary, the same amount she earns per day while working with Gokada as an IT staff.

Sandra revealed that she used Gokada to train herself while in school as an ND student and she has plans to go back for her HND, but if the Government does not reverse its decision, she might not be able to go back. She added:

“My friends are aware that this is what I do. They have been asking me what I will do if the Government takes the job from me but I keep telling them that we will resolve it.

“Please government, resolve it and for the fact that I am a female and I am doing this job. I am not the only female, we have women out there, single mothers who train their children with the job. If you take this job from us, there is nothing we can do again,” Sandra said.

Sandra stressed further that she do not want to sell her body for money or engage in prostitution.

“I know what I face on the road, it is a big risk I am taking. People are happy that we are out there. Many people have been interviewed on this issue and they say that the decision of the government makes no sense.”

While appealing to the Goverment to reverse its decision, the female rider revealed that she uses the funds obtained from Gokada to train herself and many people look up to her.

“Please regulate us. Do not ban us,” Sandra begged passionately.

Her appealing video went viral and got the attention of Kokun Foundation whom requested for her contact information on its Instagram page.

Kokun Foundation shared a new video on Tuesday, February 4, 2020, where it gifted Sandra a brand new Toyota Camry 2004 model for Ulber to help her actualize her dreams.

Sandra was very thankful and appreciated the foundation for the car gift. 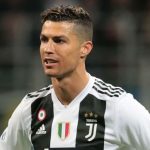 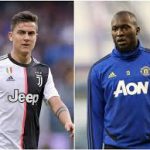 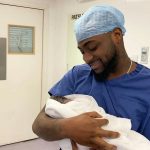 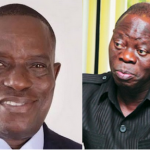