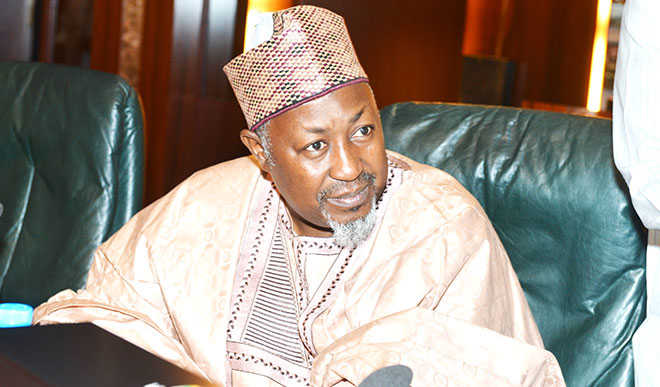 Nigerians have vehemently opposed the move by the Jigawa state government to build 95 mosques in the state.

The Jigawa state government announced it will open a bidding process for the construction of 95 mosques across the state.

Nigerians took to Twitter to react to this revelation. They pointed out that Jigawa state has over 800,000 out-of-school children, yet, rather than build schools, the government is making plans to build mosques.

Some have questioned how the new mosques will empower the people or create employment. Others have suggested that factories or schools should be built instead.

Read a few tweets below. 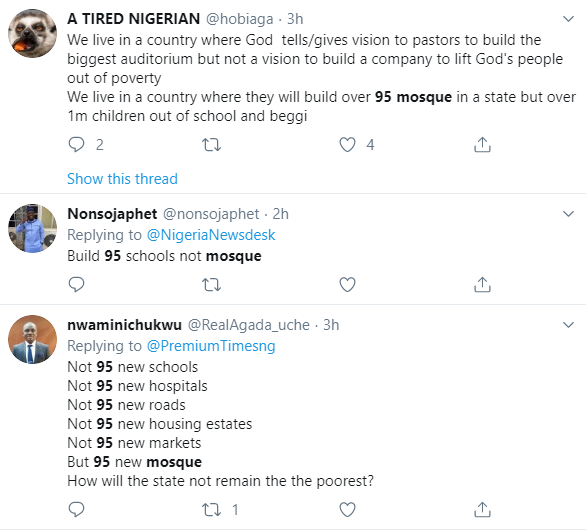 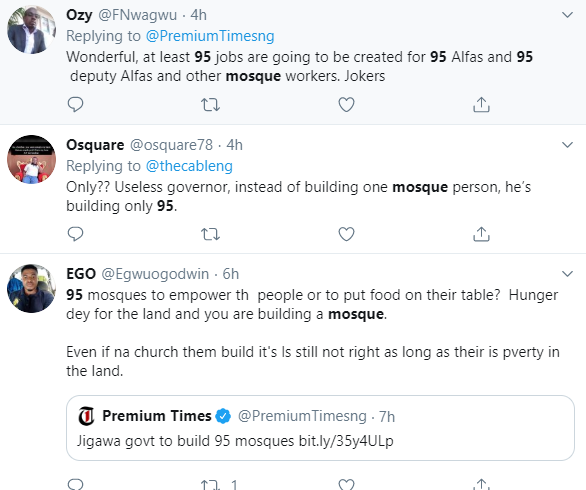 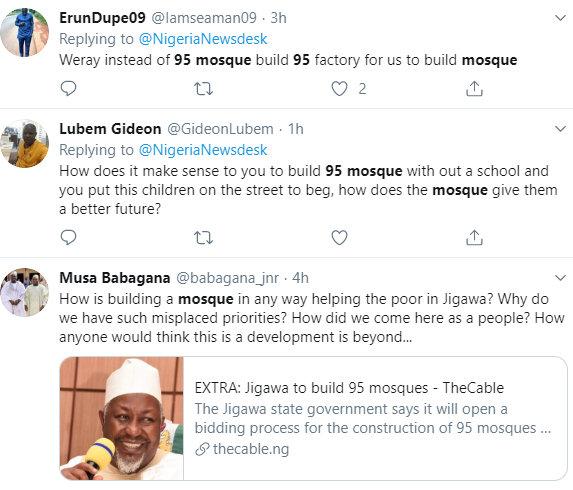 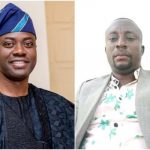