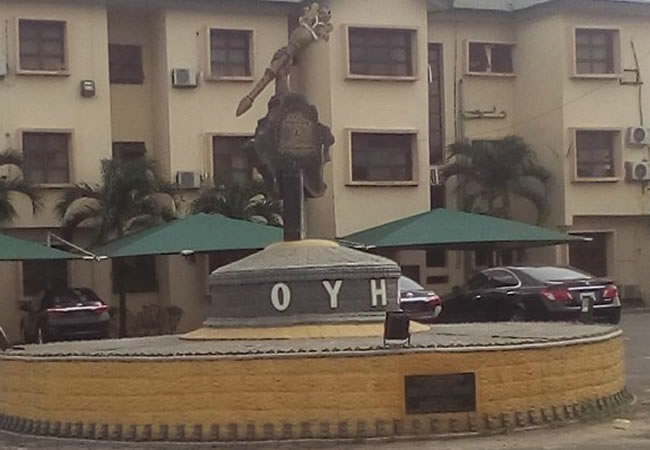 The Oyo State House of Assembly says the Police have arrested two security guards in connection with the theft of an electrical fuse in the complex, NAN reports.

The Clerk of the House, Mrs. Felicia Oyediran, said this at a Press conference on Wednesday.

She said that the Police arrested the two guards who were on duty when the theft occurred.

Oyediran, who denied reports that the thieves carted away electrical cables worth over N500,000, said the only stolen item was an electrical fuse in the generator worth N40,000.

“The stolen fuse was from the generator and not an IBEDC (Ibadan Electricity Distribution Company) cable.

“Though the occurrence was not the first, we have to build a burglary-proof to protect the generator,” she said.

She maintained that the incident, which occurred in the early hours of September 26, had not slowed down legislative activities in the House.