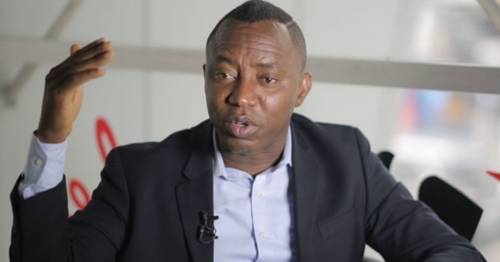 The Federal High Court in Abuja High has granted the Department of State Service, DSS, permission to detain publisher of Sahara Reporters, Omoyele Sowore, for 45 days.

The DSS had filed a motion to the court to detain the convener of the proposed #RevolutionNow protest for 90 days, but the court only granted 45 days.

Recall that Sowore was whisked away by members of the DSS at his resident over the weekend for what it termed ‘treasonable’ statement, for describing the proposed protest as a revolution. Mixed reactions have trailed his arrest and that of several other demonstrators.