President Muhammadu Buhari has finally opened up on the National Judicial Council’s recommendation on the erstwhile Chief Justice of Nigeria, Justice Walter Onnoghen.

The court documents filed on behalf of the Federal Government, Attorney General of the Federation and Buhari revealed that the NJC recommended Onnoghen’s compulsory retirement.

The documents obtained by The PUNCH on Monday, stated that Onnoghen was recommended for compulsory retirement based on a petition by the Economic and Financial Crimes Commission “alleging financial impropriety and infidelity to the Constitution”.

This is contrary to speculation of the NJC’s offer of “voluntary retirement” of Onnoghen, following the refusal of the council to make public its recommendation of April 5, 2019.

The documents were filed by the Solicitor General of the Federation and Permanent Secretary, Federal Ministry of Justice, Mr Dayo Apata, on behalf of the three out of a total of seven defendants in opposition to a suit instituted by Malcom Omirhobo Foundation.

The plaintiff in the suit dated April 8, 2019, sought an order of the Federal High Court in Abuja stopping the confirmation and appointment of acting CJN, Justice Tanko Muhammad, in a permanent capacity.

It faulted Buhari’s unilateral suspension of then-CJN on January 25, 2019 without the input of the Senate and NJC.

The defendants to the suit are the NJC, FJSC, Justice Muhammad, Federal Government, Buhari, AGF and Senate.

Apata filed a response comprising a counter-affidavit along with a written address and a notice of preliminary objection.

In the court documents, the trio, apart from confirming that the NJC recommended Onnoghen’s compulsory retirement they also confirmed officially for the first time that Onnoghen, subsequently on April 6, 2019, submitted his voluntary letter of resignation to Buhari.

Both the NJC’s recommendations and Onnoghen’s voluntary retirement came less than two weeks to the judgment of the Code of Conduct Tribunal, convicting Onnoghen and ordering, among others, his removal from office.

The documents were however silent on the action the government had taken on Onnoghen.

The defendants’ counter-affidavit read in part, “That the 1st defendant (NJC), after deliberating on a petition by the EFCC alleging financial impropriety and infidelity to the Constitution against the former Chief Justice of Nigeria, recommended his compulsory retirement.

“That the Chief Justice subsequently turned in his letter of resignation letter to the 5th defendant (Buhari).”

In their written address, they said the contention by the plaintiff that Onnoghen was removed by Buhari on January 25, 2019 was wrong.”

They stated that Onnoghen was only suspended.

They also reiterated the point that the NJC recommended Onnoghen for compulsory retirement in the written address.

They concluded that the NJC’s recommendation, his subsequent voluntary resignation and his conviction by the CCT ordering his removal from office on April 18, 2019, showed that the ex-CJN was merely suspended as of January 25.

Apata stated, “To further buttress our contention that it was not a removal but a suspension, three developments stand to support our position.

“First, after the suspension, the NJC sequel to a petition by the EFCC which they found to be meritorious, recommended compulsory retirement of Justice Onnoghen on April 5, 2019.

“Secondly, Justice Onnoghen himself subsequently tendered his resignation from service.

“Thirdly, the CCT eventually ordered his removal from office and cessation to hold public office for 10 years.

“All the three developments referred to above could not have happened if Justice Onnoghen had been removed and his seat declared vacant by the 4th and 5th defendants (the Federal Government and Buhari) on January 25, 2019. We submit and urge my lord to so hold.”

Onnoghen was suspended by Buhari on the basis of an ex parte order issued by the CCT where charges of false and non-declaration of assets were instituted against him on January 11, 2019.

Justice Inyang Ekwo on Monday fixed Friday for the hearing of the suit. 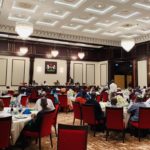 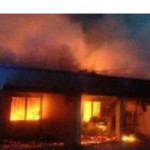 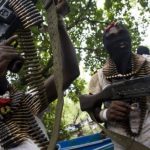 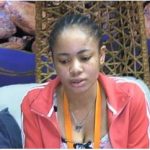 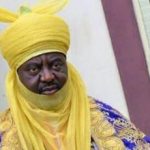