A former member of the House of Representatives who represented Agege Federal Constituency, Kunle Amunikoro, on Saturday defected to the Peoples Democratic Party (PDP) in Lagos State.

Amunikoro, a former Reps member from Agege Federal Constituency from 2003 to 2011 on the platform of Action Congress of Nigeria (ACN), declared his support for the PDP governorship candidate, Dr Abdul-Azeez Adediran, during an interactive session at Ward B in Agege, leading other defectors to the PDP. He promised to support the PDP governorship candidate in the March election.

Amunikoro declared: “Many other decampees are not here today. I am grateful for this. You will see great things in coming days in Agege.”

Adediran assured the defectors that the PDP remains the only democratic party where every member could aspire to any position without being stopped by any godfather.

“Now you will enjoy what you did not enjoy in your former party. Now, you are in to practise true democracy and politics. We officially welcome you,” he said.

Adediran said that as a former APC member, he would not have been allowed to clinch the PDP governorship ticket if the party was not democratic, assuring the decampees of a level playing field.

The candidate, who presented the defectors with the party’s flags, urged them to swing into action in mobilising votes for all candidates of PDP to restore the lost glory of the state.

Earlier, Adediran met with Arewa and Igala Communities in Agege Local Government and solicited their support ahead of the forthcoming elections.

Adediran, in company of other party leaders and candidates, met with leaders of the communities when his campaign train toured the 11 wards in Agege Local Government Area, in his ongoing grassroots engagements across the 245 wards of the state.

At an interactive session with Arewa Community, League of Imams of various Central Mosques in the council, Adediran pledged to genuinely serve the people if given the mandate.

“I will rule with the consciousness that someday, we will be accountable to God, If you seek Allah’s face, we shall get it and when we come we will change what we believe is wrong.”

Promising to engage many Arewa and other ethnic communities in his government, Adediran pledged to end all extortions and intimidations in the state and govern with the fear of God.

In another interactive session with Igala Community in Agege and Alimosho Local Governments, Adediran said that his grassroots interactive meetings are to know “where shoes are pinching the people”.

Assuring the people of his resolve not to disappoint them, Adediran said that his coming to them was to show how much regards he had for them and all residents of the state regardless of where they were living.

“If God answers our prayers, we will use the position to bring succour to the people around us,” he added.

The candidate assured the women of massive empowerment to make them employers of labour as well as giving adequate attention to their children’s education and employment.

Chief Michael Idakwo, the Odoma Onigala General of Lagos, who prayed for Adediran, commended the candidate for coming to meet with them.

Also, Alhaji Muhammed Abubakar-Yusuf, Youth Coordinator, said that the community had a very huge population in the state and would support the PDP candidate.

Adediran, in another interactive session with the Christian Association of Nigeria (CAN) in Agege and Orile-Agege areas, urged the religious leaders not to sit on fence and watch, but be involved in installing a populist government.

According to him, since no religion is exempted from the problem of poverty, flooding, unemployment and others affecting the society, religious leaders should pray and get involved.

He said: “Let us work as partners in rescuing our state. It is time for all of us to jump up the fence and begin to partner to rescue the state and to bring the needed change to our condition. I come for partnership.

“I have seen alignment in our aspirations. We have never been elected before and that is why we see our candidacy as a radical departure from the past.

“Please, pray for us that God will put His stamp on our aspirations. I believe if you intercede for us, God answers prayers.”

The Clerics, led by the CAN Chairman in Agege, Venerable Teddy Afeni, took turns to offer prayers to God for the PDP candidate.

Adediran held several interactive sessions with other groups like Landlord Association, League of Imams, the Awori Descendants Union as well as trade unions and groups in Agege, soliciting support towards actualising his ambition. 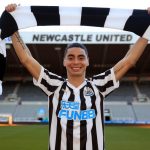 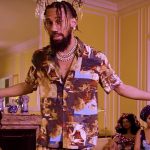 Watch Phyno In The Engaging Video For His Latest Song, ‘The Bag’ 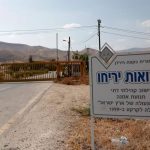 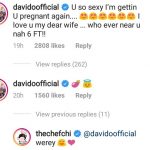 I’m getting you pregnant again – Davido to his bae, Chioma