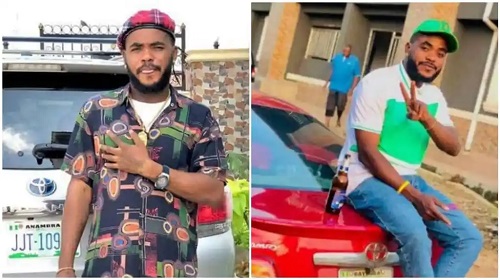 A father of two has been killed after greeting a member of a rival cult group the wrong way.

According to FIJ, Nonso Okoye was killed by some cultists believed to be members of the Black Axe confraternity in Anambra state.

The report added that Okoye was believed to be a member of the rival Vikings confraternity at the time of his death.

A source, who asked not to be named, told FIJ that Okoye was shot on January 8, 2023, for “imitating the greeting pattern of the Black Axe confraternity” while greeting a friend.

The source also revealed that Okoye’s killers murdered him in the presence of his wife, two kids, mother and siblings.

The killers also cut off his right hand and went away with it after he had been killed.

“He was at a club when he greeted a Black Axe member the way the cult members greet themselves. Before then, there had been clashes between the rival gangs,” the source said.

“This particular greeting made him an instant target for Black Axe. Unknown to him, there were some Black Axe members at the club who recorded the video. Some other members got angry when they saw the video.”

In a video made available to FIJ, the deceased’s wrist was missing while his body was lying on the floor in a pool his of own blood.

“On Sunday morning, they stormed his family house and, in the presence of his wife, two kids, mother and sisters, killed him. They then cut off his hand and went away with it,” the source further said.

“They had made three attempts on his life in the past but he survived them all. This last attempt, he was not lucky enough.” 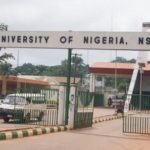 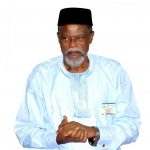 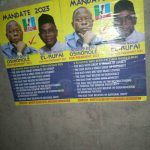 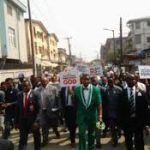 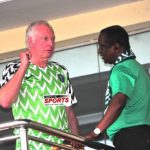