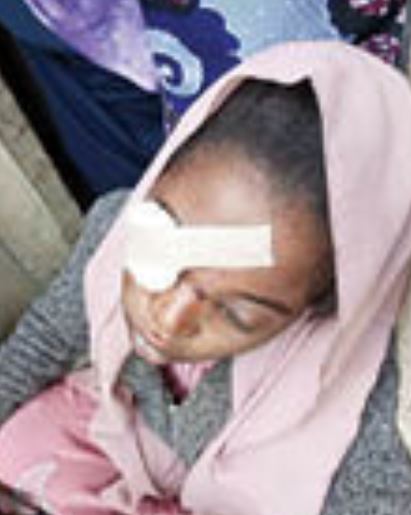 A bride identified as Khadija Abdullahi, sustained injuries in her eye after she was allegedly attacked during her wedding party last weekend, by vigilantes at Dantamashe town, Ungogo LGA of Kano State.

DailyTrust reports that eyewitesses claim the vigilante members were invited to stop the local party, also known as DJ, organized by the bride, which later generated controversy, and a stone that was hurled landed in one of her eyes.

They said some neighbors of the bride’s family called the attention of the vigilantes to the party, following a total ban on such gatherings by the community elders.

Recounting what transpired, the bride said

“We were busy with our party when I saw the vigilantes—about 10 of them coming. They started beating people, saying that the party would not hold. From there, I didn’t know what happened, I just found myself on a hospital bed with a wounded eye” she said.

On his part, the groom, Hamisu Bala, described the incident as a deliberate move to destroy their happiness and called on the authorities to fight for the rights of his bride.

“We won’t forgive anyone that did this on our happiest day. We want the authorities concerned to act. It was deliberate since they knew it was a wedding party.”he said

But the vigilante group in the LGA said their men did not touch anybody at the place and that the grudge was between the people and a committee that banned a party (called DJ) in the area.

“We didn’t do anything there. It was a committee that banned DJ in the area. As we speak, we are at the police command with all the people involved,” the commandant of the vigilante in the LGA, Naziru Abubakar Adamu, said.

The State Police Command said it has arrested two people in connection with the incident and that they would be charged in court after the investigation. 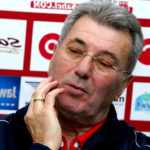 We will stun Rangers – Roger Lemerre