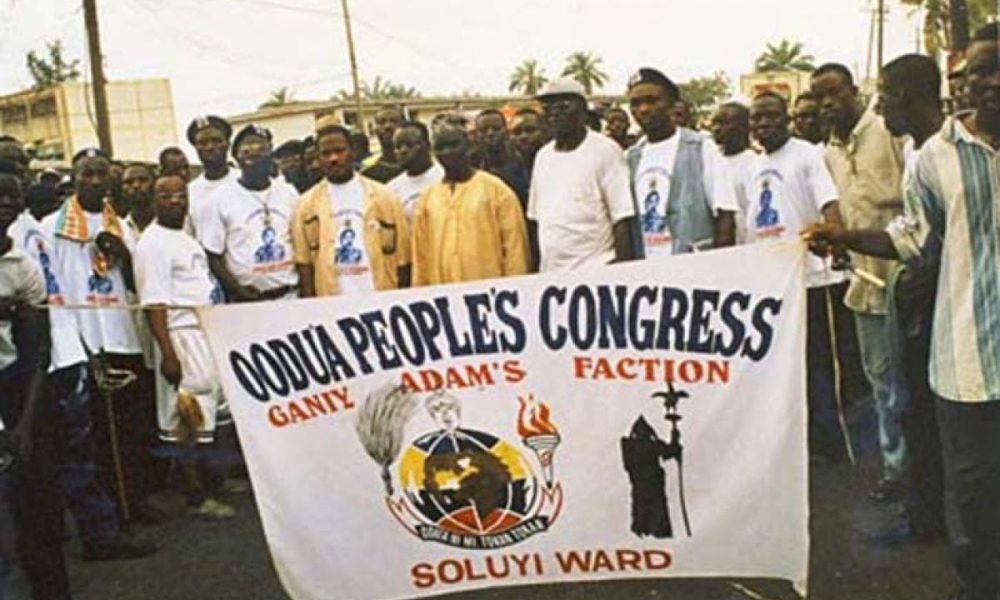 OPC distances self from Ojota mayhem

President of the Oodua People’s Congress (OPC), Otunba Wasiu Afolabi, has distanced the socio-cultural organisation from the unrest that broke out between police and some Yoruba nation agitators.

Afolabi said that the organisation’s initial investigations showed that no member of OPC was involved in the disturbances of Monday and none had fallen casualty by omission or commission.

“There is absolutely no reason to associate OPC with what happened today in Ojota, Lagos. People were simply talking from the figment of their imagination. Just like any other person, we heard news of the disturbances through social media. When I made phone calls to my members around the axis and elsewhere, they said they knew nothing about the crisis,” he said, in a statement by OPC General Secretary, Comrade Bunmi Fasehun.

Initial reports and video clips circulated on social media showed that two people might have been shot dead in the crisis that broke out reportedly between police and Yoruba separatist agitators in the Ojota axis in Kosofe Local Government Area of the state.

“Nobody should drag OPC into a matter that does not concern us and today’s problem is none of our business,” the OPC President said.

Describing the killings of peaceful protesters as needless, OPC said that security agencies must guarantee and respect citizens’ right to life and right to peaceful procession.

The OPC leader also seized the opportunity to demand that the government ensure freedom for the 31 victims kidnapped on Sunday by Fulani bandits at the Igueben train station in Edo State.

“We are watching the development in Edo State with keen interest. Edo has a sizable number of OPC members. And we feel it is insulting, unacceptable and provocative for foreign elements to continue to kidnap Nigerians and make our rural areas unsafe for law-abiding citizens,” Afolabi said.

He urged the security agencies to ensure that the kidnapped victims were recovered and their abductors brought to answer for their crime in the court of law.

According to him, it was strange that kidnappers would establish camps in the forests without the knowledge of police and security agents, until they strolled into town to kidnap and kill people at will