The Nigeria Security and Civil Defence Corps (NSCDC) has recovered a cache of ammunition after raiding a kidnappers’ hideout in Okuru-Ama Waterside in Port Harcourt.

Mr Micheal Ogar, the Commandant of NSCDC in Rivers, presented the 53 recovered assorted ammunition to newsmen in Port Harcourt on Wednesday.

He said that the kidnappers’ camp was raided following intelligence reports of their activities in an uncompleted building in Okuru-Ama Waterside, used by the kidnappers to hold their victims for ransom taking.

“So, after carrying out intelligence on a kidnap syndicate’s hideout, our Anti-Vandal Squad swung into action and engaged the suspects in a gunfire that lasted about 25 minutes.

“The kidnappers after enduring our superior firing power escaped through the adjoining waterways.

Ogar said other items recovered include: charms, animal horns; a watch and an empty bag.

“Our men will continue to patrol the area as we enjoin the public to provide the command with credible information that will lead to the arrest of the fleeing abductors.

“Our goal is to make businesses thrive in an environment devoid of mayem, chaos and breakdown of law and order,” he added.

He said that 19 of the suspects were arrested for illegal dealings in petroleum products, conspiracy, fraud, illegal possession of firearm and attempted vandalism of a pipeline belonging to the Nigeria Agip Oil Company.

According to him, the arrests were made during a joint operation by the NSCDC, the military; the Police and the Department of State Security.

“Others include: 100 litres of suspected adulterated diesel concealed inside a Honda Accord with Kaduna plate number: AH 978 MKK and a Toyota Camry with registration number: Lagos ET 441 LSR.

Ogar said that the command’s anti-vandal marine team during a routine patrol of the creeks seized a wooden boat laden with unspecified quantity of diesel – with the suspects escaping arrest.

“In another separate operation, four suspects were picked up for selling pre-registered SIM cards while one Akpan Daniel was arrested for advanced fee fraud of N3million,” he added. 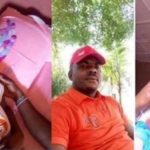 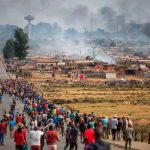 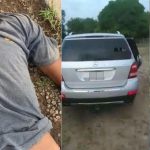 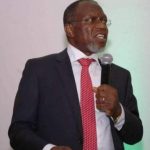