THE Federal Government has blamed state governors for the high rate of poverty and economic hardship in the country.

Minister of State for Budget and National Planning, Clement Agba stated this on Wednesday, November 30, after the Federal Executive Council (FEC) meeting presided by President Muhammadu Buhari in Abuja.

Agba, while noting that the Federal Government has done its best on poverty alleviation, claimed that state governors are not playing their parts but are rather spending borrowed money on “unnecessary projects”.

“We need to hold them accountable. So that together we all can grow our economy”, the minister said.

Speaking further, Agba said, “From the Federal Government’s side we are doing our best. But we need to push that rather than governors continuing to compete to take loans to build airports that are not necessary where they have other airports so close to them.

“Our governors now competing to build flyovers all over the place and we applaud them, they should concentrate on building rural roads so that the farmer can at least get their products to the market.

“And you find that if they do that and with the new policy in the national development plan that talks about taking power to the rural areas, especially of out-grid power that can easily be put, you begin to attract industries to those areas for value addition.”

Agba noted that the high poverty rate in Nigeria was not due to lack of money but how to use it.

“To say in the past, we’ve always looked at monetary poverty. But poverty like we know has different indices, different intensity and different causes. And it is for this reason, I went around the 109 senatorial districts in Nigeria, to carry out those survey and to be able to say specifically, where this hardship is.

“The result clearly show that 72 per cent of poverty is in the rural areas. It also showed clearly, that Sokoto state is leading in poverty with 91 per cent. But the surprising thing is Bayelsa being the second in terms of poverty rating in the country. So you see the issue is not about availability of money. But it has to do with the application of money,” he said.

The minister called on state governors to place priority on projects that will fulfil the basic needs of the people.

“Like I always say, if you look at Abraham Maslow’s hierarchy of needs, he says you have to take care of the basic needs of individuals first before you begin to talk about self-actualisation.

“So we need to take care of the issues of food, nutrition, housing and clothing for our people. Before we begin to think of how to go to the moon and begin to build flyovers and airports in the state capital, that is the missing link which we need to push so that we’ll be able to catalyse growth,” he said. 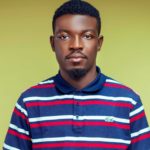 Sinafi Omanga is a journalist with The ICIR. His Twitter handle is @OmangaSinafi and Email: somanga@icirnigeria.org