THE Medical Director of Optimal Cancer Care Foundation, Olufemi Olaleye, has pleaded not guilty to the alleged rape of his wife’s 15-year-old niece.

Olaleye, 57, made the plea during his arraignment before an Ikeja Sexual Offences and Domestic Violence Court on Wednesday, November 30.

He was arraigned on a two count charge bordering on the defilement of a child and sexual assault by penetration preferred against him by the Lagos State Government.

The court granted Olaleye bail in the sum of N50 million with two sureties in like sum. He was subsequently remanded in Ikoyi Prison pending the perfection of his bail conditions.

Olaleye was to be arraigned on Monday but his arraignment was stalled following his absence from the court.

The defendant’s lawyer, Babatunde Ogala, told the judge, Justice Ramon Oshodi, that his client who is on administrative bail, was out of town.

The case was thereafter adjourned to November 30

The doctor’s alleged crime came to the fore following a public outcry by popular Nollywood actresses, Kate Henshaw and Damilola Adekoya, against him on social media late last year.

In its reaction, the Lagos State Domestic and Sexual Violence Agency (DSVA), referred the case to the Gender Desk Department of the Lagos State Police Command for investigation.

According to the agency’s Executive Secretary, Titilola Adeniyi, the affected minor was also given medical and psychosocial supports.

You can reach out to me on Twitter via: vincent_ufuoma 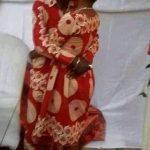 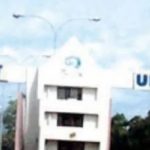 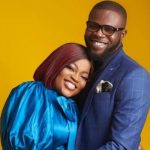