Human Rights Writers Association of Nigeria, HURIWA, has called on the Inspector General of Police, Usman Alkali Baba to head to the Kuje prison following his three months imprisonment by a court in Abuja.

This is as the group commended the judiciary for showing courage in the face of lack of respect for rule of law.

HURIWA noted that the Judiciary had lawfully exercised the judicial authority conferred on it by Section (6) subsection (1) of the 1999 constitution.

The Inspector General of Police was sentenced to three months imprisonment for contempt of court after his refusal to obey a court order made by the Federal High Court.

HURIWA said that the order of the Federal High Court must be obeyed with immediate effect, “meaning that the IGP should surrender himself with his prison bag straight to the correctional center in Kuje. He should not treat this court order with ignominy or contempt,” it said in a statement to DAILY POST on Tuesday.

“We urge President Muhammadu Buhari to personally supervise the surrender of the IGP to the Federal Correctional Center, Kuje, without wasting time. Anything outside of strict compliance with this court order will mean that Nigeria has become a banana republic.”

The rights group said that the IGP could not be excused on the nebulous ground that he did not originate the breach of the court’s order even if he was the holder of the office at the time of the genesis of the matter because the office of the IGP is consistently occupied.

HURIWA, therefore, counselled the IGP to obey before complaining by complying with the judgment or getting a stay of execution order quickly. 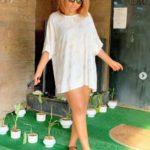 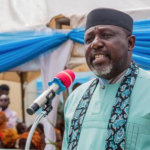 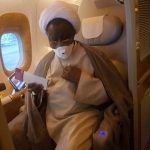 This is how ISWAP terrorists look like when military captures them 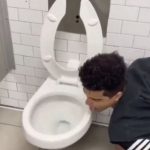