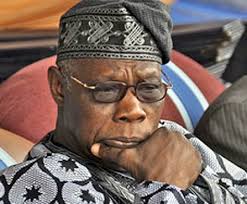 The Movement for the Actualization of the Sovereign State of Biafra (MASSOB), has defended former president Olusegun Obasanjo, saying he has exposed the alleged plot to destroy both the south-east and south-south regions.

In a statement signed by MASSOB Director of Information, Edeson Samuel, the group commended Obasanjo for being bold to come out and reveal the plans of President Muhammadu Buhari to use Boko Haram and ISIS to actualize the agenda of Islamization and fulanization of Nigeria.

“Chief Obasanjo should not be crucified or condemned because he exposed the intended evil President Muhammad Buhari led Federal government is planning to unleash on people of southern and middle belt regions of Nigeria.

“MASSOB commends Obasanjo for been courageous and eloquence in revealing this unwanted truth, which the present government doesn’t want to hear.

“It will be recalled that MASSOB have earlier exposed this Islamization agenda of President Muhammad Buhari in pursuit, projection and actualization of the grand command of Othman Dan Fodio which is to islamize/fulanize this geographical entity called Nigeria and destroy the entire southern Nigeria but nobody believed us.

“MASSOB has gathered many secret plans by the northern political and religious leaders against the southern region through Biafra Intelligence Agency (BIA).

“In early 1960’s, the north through Tafawa Balewa and Ahmadu Bello used Chief Akintola to destabilize the Western region, today they want to use Bola Tinubu to destabilize the political structure of the Southern region. That was the recent meeting of some northern leaders in Saudi Arabia.

“MASSOB wishes to make it clearer again that there is no difference between Boko Haram and Fulani herdsmen, the terrorist herdsmen where sent to go and destroy the South and Middle belt while the Boko Haram will carry their acts of terrorism in the northeast.

“That is why President Buhari can never declare Fulani herdsmen, a terrorist movement or even to condemn the killing of the innocent citizens by these foot soldiers of Islam called Fulani herdsmen,” the group stated. 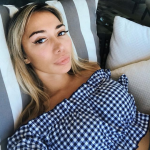 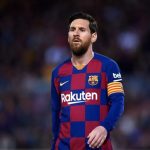