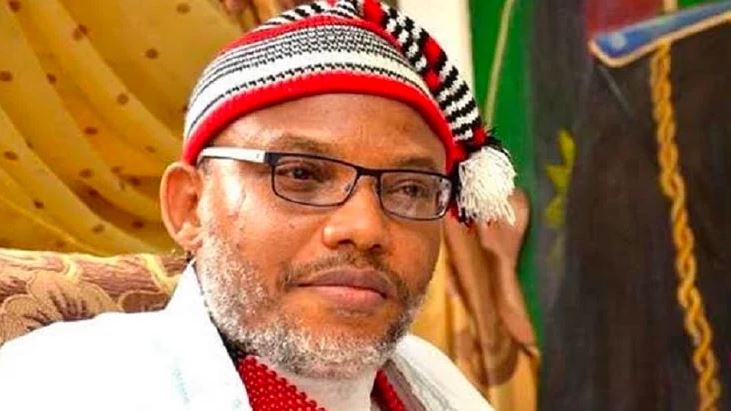 Keeping Me In Detention Is Too Expensive, Order Malami To Stop My Trials – Nnamdi Kanu Writes Buhari

The embattled leader of the Indigenous People of Biafra, IPOB, Mazi Nnamdi Kanu has written to President Muhammadu Buhari to order his immediate release from DSS custody due to ill-health.

In the letter, Kanu urged Buhari to release him unconditionally from detention and drop all charges against him.

The IPOB leader is in the custody of the Department of State Services, DSS, after he was rearrested in June 2022.

The Nigerian government had extraordinarily renditioned Kanu from Kenya in 2021.

Following his rearrest, Kanu is facing charges bordering on treasonable felony and terrorism at the Federal High Court, Abuja.

However, Kanu, through his lawyer, Mike Ozekhome, urged the president to release him through a more productive “political solution.”

He noted that Kanu’s release would end the sit-at-home order and restlessness in the Southeast.

The letter reads partly: “We are Solicitors to Nwannekaenyi Nnamdi Olewu Kanu (“Nnamdi Kanu”: “our client”: “Kanu”), on whose clear instructions we write this urgent petition to your good self. The petition is to humbly urge you to order the immediate release of Nnamdi Kanu through a more productive “political solution”.

He urged Buhari to order the Attorney General of the Federation, AGF, Abubakar Malami, to wield his powers under section 174 of the 1999 Constitution to enter a “nolle prosequi” and end all court cases against him.

“Your Excellency must avoid these unhealthy reactions by ensuring that Kanu is RELEASED IMMEDIATELY AND UNCONDITIONALLY NOW.

The moral burden of insisting on keeping Kanu in detention is too expensive and too offensive to embrace, especially with his fragile and deteriorating health condition which his custodians (the 555) have not been able to manage properly. Do not let Kanu die in detention, sir,” the letter added. 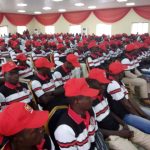 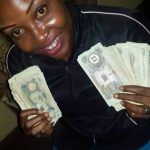 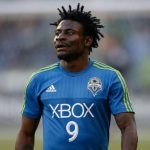