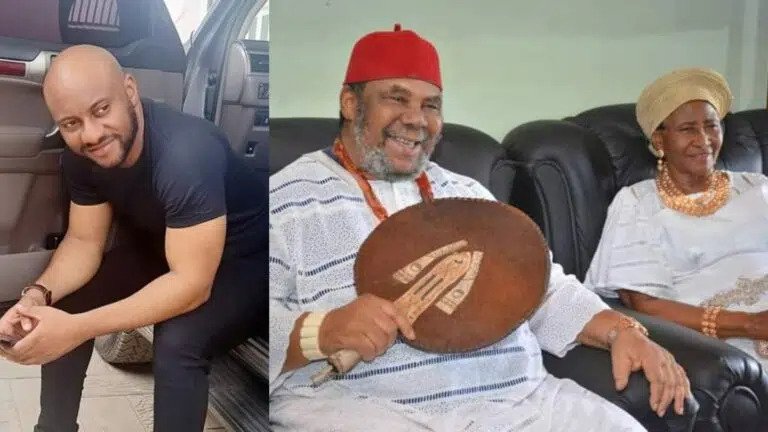 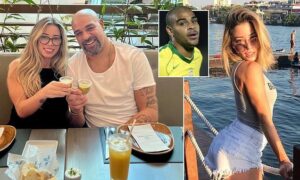 Nollywood actor, Yul Edochie has taken to social media to shower encomium on his parents over their efforts in making him attain success despite his stubborness as a child.

In a post shared on his Instagram page, the actor said that those whose parents are still alive do not know what God is doing for them.

Edochie revealed that spending time with his parents gives him the greatest joy because they shaped him into a successful man even though he was stubborn as child.

The father of four prayed for God’s blessings over them and wished them long life.

He wrote: “lf your parents are still alive you dont know what God is doing for you.

“Anytime I speak with my parents, spend time with them or do anything for them no matter how small it gives me the greatest joy of my life.

“I was very stubborn as a child but these two great people made sure I became successful today.

“May God keep blessing them for me. More life and more blessings upon them. Chief Pete and Barr. Mrs Edochie.” 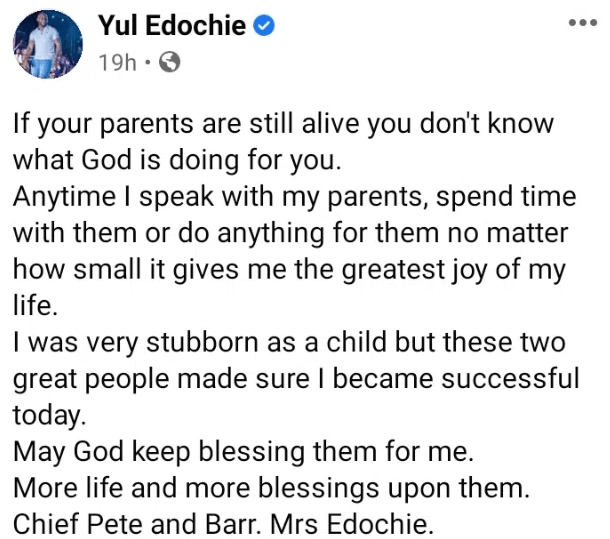 KanyiDaily recalls that Yul Edochie had receounted how his father, Pete Edochie, beat him mercilessly over plans to become a trader by dropping out of school at Junior Secondary 2 (JS2) level. 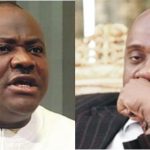