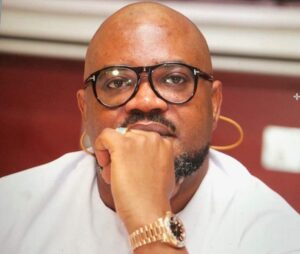 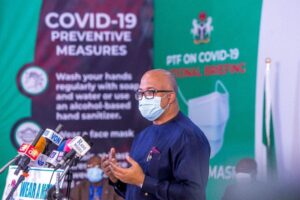 Over time, former Governor of Lagos State, Asiwaju Bola Tinubu have shown a keen understanding of human nature thereby consistently manipulating such to reach for power. When he tried to down play his interest in the 2023 Presidency over the weekend, his intention was well written all over him.

The self-acclaimed National Leader of the All Progressives Congress (APC) is fond of throwing up issues, not through rational argument, analysis and truth-telling but rather manipulating people’s imperfect reasoning and emotions. While this attitude are mostly exhibited by politicians, Tinubu’s mastery of the trick has oftentimes been confused by the people as genuineness and patriotism.

Funny enough, he has developed a means of constantly pushing out deceptive tales on what the people want to hear and cleverly disguise his intention as what is right or just. That was the same approach he took in answering his subtle but budding 2023 presidential bid.

Despite the fact that he has tried endlessly to wave off his interest, the signs are too obvious for anyone to fall for his usual antics. This was the same tactics he deployed to join Muhammadu Buhari on the APC ticket in 2015 until he was stopped by those who feared a Muslim-Muslim ticket would hurt the chance of the party in the poll.

Tinubu was obviously hurt that he was denied that opportunity as contained in ‘Against the Run of Play’, a book that chronicles the first electoral defeat of a sitting president in Nigeria written by Olusegun Adeniyi, former Presidential Spokesman and editorial board chairman of ThisDay Newspapers. In the book, Tinubu accused Bukola Saraki and others of “going behind to instigate Buhari and some other people in the party against me on the pretext of religion. That was not right. They were canvassing arguments that the Christians in the North would not vote for a Muslim-Muslim ticket.”

This apparently sparked off hostility of Tinubu towards Saraki, including attempt to block the latter’s emergence as President of the Senate in 2015. But Tinubu as usual, pretended he has not “tried to insinuate himself into any major office” since he last contested for re-election as Lagos state governor in 2003. Tinubu’s clever spins illustrate a deep-rooted “mind games” because he’s actually trying to foist an imagination of himself that doesn’t exist on Nigerians.

Perusing the statement released by Tinubu’s media aide, Tunde Rahman, it was obvious the former governor was pricking emotions of Nigerians and trying to lure them into conclusion that he could be the best for them. Just like the ‘incorruptible’ toga wrapped around Buhari in the build up to the 2015 presidential poll, Tinubu is trying to project himself as someone who isn’t “obsessed with power” thereby pushing a narrative that those who do not understands him are people that “have nothing to contribute regarding statecraft or providing actual solutions to actual problems, their minds remain forever mired in political machinations.”

But far from his words, Tinubu is the one flaring political machinations ahead of 2023, including his mind games on Nigerians. As aptly suspected by Saraki and the Speaker, House of Representatives, Yakubu Dogara, Tinubu’s interest in the leadership of the 9th National Assembly is nothing but to fuel his 2023 presidential bid.

Saraki and Dogara had in a separate response to barrage of accusations against their leadership of the National Assembly, pointedly linked Tinubu’s insistence in determining who lead the legislative arm in the next dispensation to his presidential bid in 2023. While Saraki asked Tinubu to leave him “out of his schemes and manipulations towards 2023”, Dogara went a step further as he plainly said his “nocturnal agenda has no parallel in the history of any democracy.”

Interestingly, he continues to shield his real intentions while presenting himself as one whose only mission is to support Buhari to make sure the country and its citizens regained the stature they had lost. Perhaps, trying to lure the president to secure his support when he must have eventually made his aspiration known. His media aide cleverly declared that his (Asiwaju’s) “mind, heart and efforts are focused on supporting the President in achieving their shared vision of a flourishing economy and a prosperous people. He is committed to doing what he can to help President Buhari surmount the challenges in order to achieve the economic reform the nation sorely needs.”

Indeed, Tinubu is well versed in this mind game. While he puts attention away from himself, He has craftily perfect permutations that would give him an edge for the 2023 race. In part, he pushes for his loyalists to occupy political offices, most especially governors, in his Southwest region. Likewise, his vicious upstaging of Saraki in Kwara and making sure his loyalists take up the saddle, extended his reach to the North Central zone. There are insinuations that he is propping up another loyalist to replace Yahaya Bello in Kogi this November, hence, giving him a bit more edge in that zone considering his strong affinity to the Niger state governor, whose father is a long-time ally.

While 2023 is four years away but a Machiavellian politician like Tinubu quite understood that getting a sit as big as Nigeria presidential seat does not just happen overnight and expectedly, he is building the phase to leverage on. Probably, Tinubu drew inspiration from Portuguese trainer Jose Mourinho, who is fond of playing mind games on his opponents in his rewarding career. But will the mind game deliver what Tinubu covets to him? Time will tell

Oke Umurhohwo is a Political Analyst and Strategist. He tweets via @OkeStalyf and can be reached via oke.umu@gmail.com 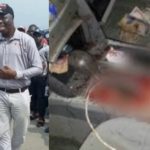 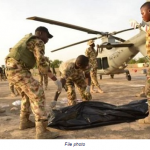 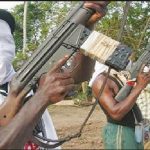 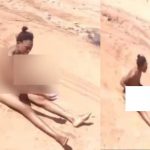 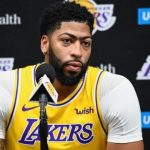 Lakers And Anthony Davis To Host Pelicans At STAPLES Center