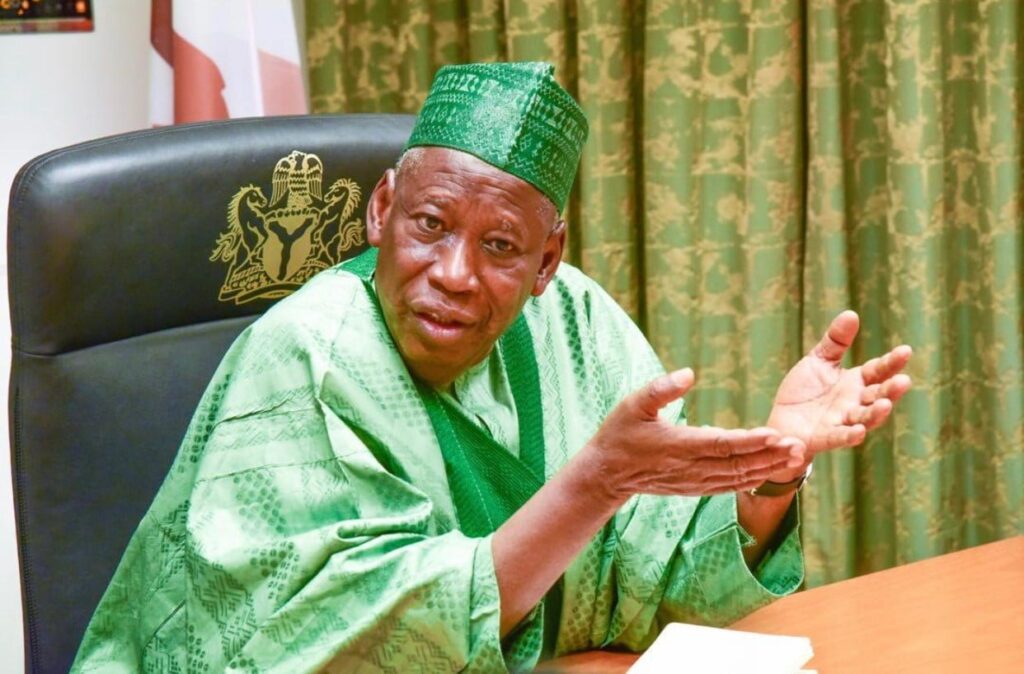 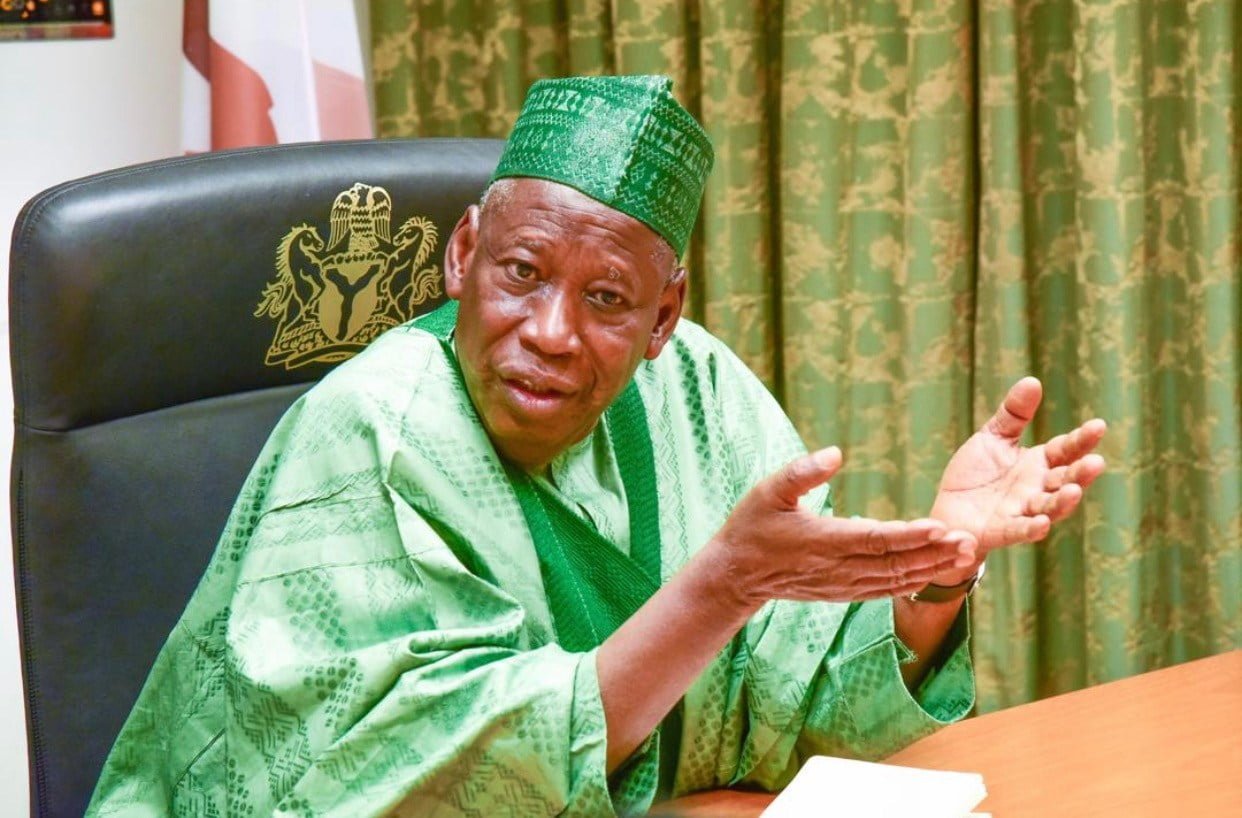 Governor Abdullahi Ganduje of Kano State has cautioned former Secretary to the Government of the Federation, SGF, Babachir Lawal, to be mindful of his utterances regarding the All Progressives Congress, APC, Muslim-Muslim presidential ticket.

Against the clamour of political stakeholders in the country, Tinubu had picked a Northern Muslim as his running mate.

Frowning at this decision, Lawal had alleged an Islamization agenda through the Muslim-Muslim ticket.

Lawal linked Ganduje to the plot to Islamize Nigeria and allegedly convert Tinubu into an Islamic president if he wins the 2023 presidential election.

Reacting, Ganduje accused the former SGF of spreading intolerance at a time the country needed unity.

In a statement by the Kano State Commissioner for Information, Muhammad Garba, the Governor said Lawal should have considered his relationship with Tinubu before making such remarks.

“It is unfortunate that at a time when the country needs to be united for national development and religious tolerance, a man of Babachir’s caliber, who is highly respected, would spread falsehood without much consideration to his position in the All Progressives Congress and close relationship with the party’s flagbearer, Asiwaju Bola Ahmed Tinubu,” he said.

He urged Lawal and other internal critics “to be mindful of their utterances, especially on religious matters and support the APC for quality leadership that will deliver the country from its challenges.”