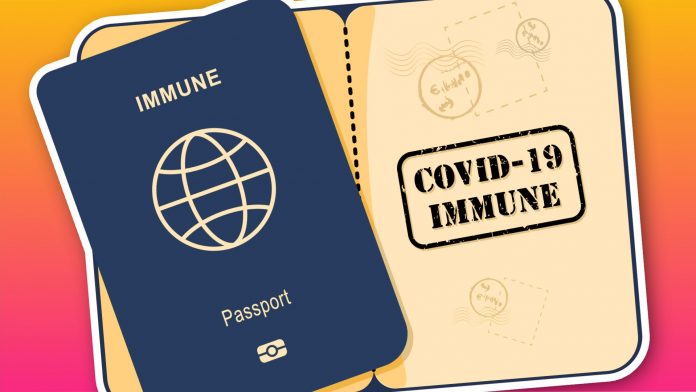 As protests grow in EU countries and worldwide against COVID-19 vaccine mandates and so-called “vaccine passports,” some countries appear to be backtracking or at least harboring second thoughts about enforcing such measures.

Still, other governments are digging in their heels and moving forward with punitive restrictions on the unvaccinated.

Austria garnered much attention in November 2021 when it became the first country in the world to impose an all-encompassing vaccine mandate for its entire adult population and minors 14 years old and up.

This mandate, set to take effect in February, would be accompanied by fines of up to 3,600 euros per quarter. To that end, Austria recently reportedly began hiring “headhunters” to track down those who continue to remain unvaccinated.

The mandate has resulted in frequent large-scale protests against the mandate, as well as a political movement opposing this policy.

This opposition may be having an impact. Recently, the firm responsible for the technical implementation of the mandate announced that due to “technical complications,” the mandatory vaccination law cannot be enforced until at least April.

This news came amidst calls in Austria that the mandate should be reevaluated in light of the spread of the Omicron variant.

Similar concerns over the feasibility of rapid implementation of a vaccine mandate have been raised in Germany, which has also mulled the implementation of compulsory vaccinations and has already approved such a mandate for healthcare workers.

Nevertheless, concerns have been raised in Germany that parliamentary debate and subsequent technical implementation of a vaccination database cannot be completed before June at the earliest, calling into question the feasibility of the mandate in light of rapidly changing conditions.

Such hesitation comes despite renewed calls from German President Frank-Walter Steinmeier for an immediate full parliamentary debate on a potential vaccine mandate, and from German Chancellor Olaf Scholz for COVID vaccines to be mandated.

Similarly, German Health Minister Karl Lauterbach recently suggested vaccine mandates, not natural herd immunity stemming from the rapid spread of the Omicron variant — which he described as “dirty vaccination” — represent the only way “out” of the crisis.

In November 2021, Lauterbach’s predecessor, Jens Spahn, publicly predicted that by the end of the coming winter, everyone would be “vaccinated, recovered, or dead” — due to the Delta variant.

Soon thereafter, in December 2021, U.S. President Joe Biden made a similar warning, predicting a winter of “severe illness and death” for the non-vaccinated.

Despite these public proclamations from German politicians though, recent reports suggest support for a vaccine mandate in Germany’s three-party governing coalition is far from unanimous.

Nevertheless, some localities in Germany are moving ahead with their own innovative means of confirming individuals’ vaccination status.

Major protests against the so-called “Green Pass,” or vaccine passport, took place recently in both Bulgaria and Romania.

In Bulgaria, protesters on Jan. 12 stormed the parliament building in opposition to the “Green Pass” and other restrictions. Attempts to enter parliament resulted in clashes with police and multiple arrests.

Similar events transpired recently in Romania, where on Dec. 21, 2021, protesters attempted to enter Romania’s parliament as part of a protest against proposed legislation making the “Green Pass” mandatory for workers.

Meanwhile, certain European countries appear to be shifting away from considering a mandatory vaccination policy for their populations. Irish Prime Minister Michael Martin said his country will maintain a system of voluntary vaccination, while Belgian Prime Minister Alexander De Croo said his intention to give people a “free choice” on the matter.