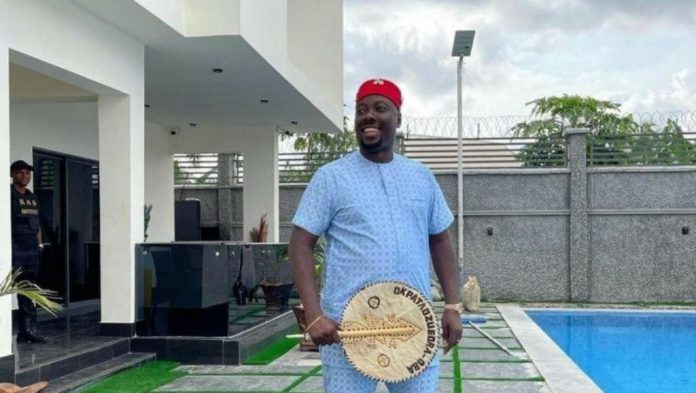 Obi Iyiegbu aka Obi Cubana guested in at the NDLEA headquarters on Thursday to face hours of interrogation.

A narcotic business link has been traced to the chairman of Cubana Goup, a chain of club in Lagos, Abuja, Imo, Rivers, and Enugu.

He was however granted bail later, but expected to return with some documents.

The Thursday interrogation came after the NDLEA followed the money to Iyiegbu’s accounts.

Obi Cubana started unravelling after his mother died, and he had to throw the most extravagant funeral party in Nigeria’s recent history.

The media storm that followed the event forced the 46-year-old to explain the source of his wealth read like a version of rag-to-riches story: from NYSC service to estate business and club ownership.

The EFCC was the first to invite him a long-running interaction over suspicion of financial malpractices, including tax fraud.

There has been no official information concerning his latest ordeal from the NDLEA—and even the Cubana Group.