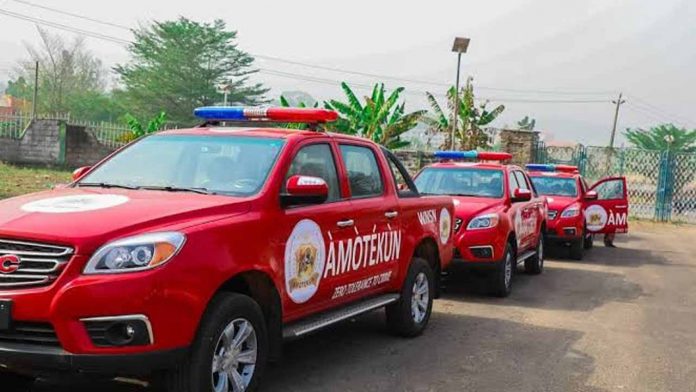 Operatives of Ondo State Security Network, Amotekun Corps, have revealed the rescue of 18 passengers, and a driver, ambushed by armed robbers on Tuesday night at Ifira-Akoko, Ondo State.

The State Commander of Amotekun, Adetunji Adeleye, disclosed that one of the robbers was arrested during the security intervention on the road.

The Commander said that the arrested armed robber, Musa Jamiu, confessed to the crime; though, appealing that the ambush was his first robbery operation with the gang, led by one M.J.

National Daily gathered that the driver and 18 passengers bus owned by Mufsuf Motors, Ajegunle, Lagos, were travelling from Lagos to Abuja when the armed robbers obstructed their journey.

The Corps Commander assured that operatives of the Ondo State Command of Amotekun are on manhunt of the fleeing armed robbers.

Also, Amotekun operatives in another security deity, arrested 17 persons with 35 dogs in Okitipupa, Ondo South, suspected to be invaders of communities. 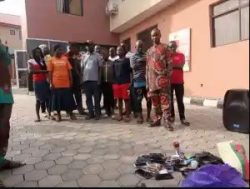 The State Commander of the Corps narrated that residents of the community alerted Amotekun operatives when they sighted the suspects moving into a forest behind the Army Barracks.

The Commander added that the 17 persons disclosed that they were invited from the north, noting that the person who invited them could not be reached when called on phone.

The Amotekun security structure has been networking Ondo/Osun states major highways in joint patrol with the Osun Command to clear the roads, bushes and the environs of crime perpetrators in the states.