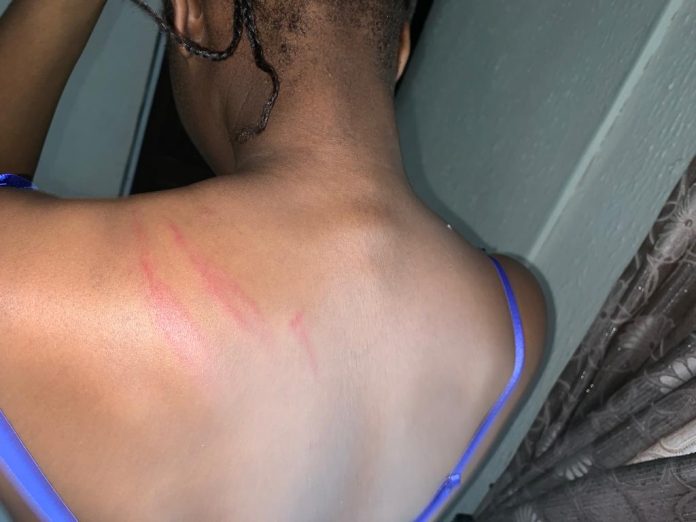 That self-indicting statement by King Solomon College, Uyo: My Take

Ordinarily, I would not have continued to join issues with the owners, Management and Staff of King Solomon Secondary School – Uyo, over the now-viral case of child torture, abuse and molestation which I painstakingly reported two days ago, and which is attracting the attention of relevant law-enforcement agencies.

I have however been forced out of that self-imposed hiatus to issue this statement, by the hurriedly cobbled self-indicting Press Release, issued by the school today, 12th January 2022, signed by one Obong Ubong Akpan who claims to be the Principal of the school wherein, my name was copiously mentioned.

I have taken time to parse the release and I make bold to state as follows:

1. I do not know the proprietor, staff or owners of King Solomon International School. Not the least Mrs. Ndifreke Etim and so, I have nothing personally, against them.

2. The story of the abuse of girl-child Udeme which I broke, has just been validated by the school as true, by the confessions contained in the said press statement.

3. Specifically, paragraph two of the press statement, reproduced as follows, says it all:

“On Monday, January 10, 2022, the resumption day of second term for the 2021/22 session, a female student in SS3 was spotted coming to school with inappropriate dress, a skirt with edge above the knees. One of our staff, Mrs Ndifreke Etim who is a member of the Management Board accosted her on grounds of the wrong dressing, but the said girl rebuffed, muttering offensive words to the staff; a behavior that prompted the use of cane on her.”

4. The use of cane on her for getting to school with mini-skirt and muttering offensive words against a Management Board member is exactly the unarguable validation of the truth, regarding the culture of coldblooded callous child-abuse, laceration, torture, injury, etc., which the school and her Management have normalized.

5. Their obstinate refusal to understand that the brutality visited on citizen Udeme by them, is against the laws of the land and runs contrary to the UN convention on the rights and protection of the child, Nigeria’s Child Rights Act (CRA) and other laws enacted to protect children from bullying, torture, battery, cruelty and abuse speaks volume about the sort of horror under which children exist in the school and in their minds.

6. More specifically, I wish to remind King Solomon Schools to find time to study the statutes, vis-à-vis their responsibility to the children whom they are paid and licensed to teach. The following clauses in the Child Rights Act (2003) readily come to mind:

NIGERIAN CHILD RIGHTS ACT SECTION 11.
Every child is entitled to respect for the dignity of his person, and accordingly, no child shall be:
(a) subjected to physical, mental or emotional injury, abuse, neglect or maltreatment, including sexual abuse;
(b) subjected to torture, inhuman or degrading treatment or punishment
(c) subjected to attacks upon his honor or reputation;

7. By trying to turn the story against me as one Celestine Mel and exonerating the assailant/child abuser – Mrs Ndifreke from blame, whom the statement venerates as one of our best and does not deserve the unpleasant tags on her personality I dare say, King Solomon is still living in the fading illusion that the school and her promoters are above the law and would continue to promote their culture of violence based on so-called high moral standard with zero tolerance for indiscipline without regrets.

8. The physical torture of citizen Udeme, no matter her offense, whom they admittedly and wickedly bruised and scarred, has done more damage to the already dented image of the school than I could possibly do.

9. It is not true that the school took any steps to reach out to the parents of the victim to assuage the hurt and trauma that they visited on their child until I broke the story. Indeed, they started running from pillar to post after it became obvious yesterday that my expose would turn the worlds attention to their reprehensible (and unlawful) modus operandi. They have sent several emissaries to me to pull down the story so as to protect the investment that the late proprietor made in school. I have all the conversations recorded in the clouds and would publish them at the appropriate time if the need arises.

10. What I have nor heart is what they would do to re-orientated their abusive board members on modern child care techniques and penance for the callous brutality on citizen Udeme.

10. The public should note that I reached out to the school on the night of 10th January 2022 (12 hours after the incident) to hear their side of the story for balance, but Mrs. Ndifreke roundly and arrogantly rejected the opportunity and chose rather to threaten me with court action if I dared publish this damming expose. I published this story after I was convinced that they broke the law and were cruel.

11. This entire issue means so much to me (a proud father of tender kids myself and the son of a teacher who was a strict disciplinarian himself) and I would never stand anyone who brutalizes my child the way Mrs. Ndifreke did, no matter the provocation. Torture is not discipline. Hurt is not morality.

Finally, I undertook this project with the intention to spark frank conversation about these accepted abusive practices, to draw global attention to the scourge of child abuse in our environment and to let people know that we have left the barbarian age long ago. Torture and molestation that still exist in our school system is not only injurious to the child, but breeds further violence which metastasizes to create the violent society we all live in today. More so, it is a crime. It is unthinkable that a licensed school would admit publicly (in this century) that it used cane on a 16-year old because she wore skirts above her knees and muttered abusive words to a management staff to the extent of lacerating her body; and is gutsy enough to claim that the public should disregard any publication seeking to discredit our school as it is our continued vision to raise responsible individuals in the society, give value to education system as well as relentlessly advocate for the right of every child. Everyone concerned with this dastardly act must be punished to serve as deterrent to other schools, who make violence against children their go-to pastime. We shall get to the bottom of this.