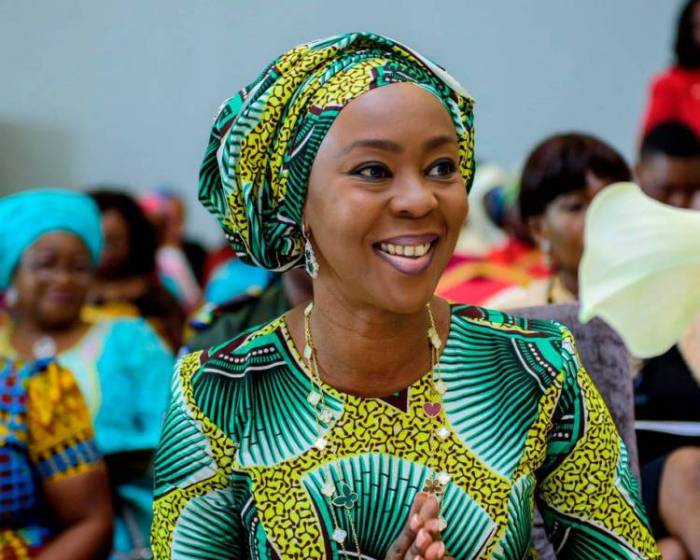 There was a melodrama at the Corona sitting on the Ikoyi Collapsed building at Ikeja GRA, Lagos when wife of the former President of the Nigerian Senate, Toyin Ojora Saraki stormed the venue with a retinue of DSS personnel.

Mrs. Saraki was not there for the Coroner inquest on the 21 storey building that collapsed at Ikoyi but for the inquest on the death of her  brother, Dapo Ojora, a socialite and polo buff, who  allegedly shot himself in the head on Friday, 11th December, 2020, in his Lagos residence.

She arrived the venue with her retinue of security personnel forcing reporters to focus attention on her like the Channels Cameraman who immediately started filming her upon stepping into the vicinity.

Mrs. Toyin Saraki, who had hitherto carried herself  with a lot of respect as gentle lady got infuriated by the mere facts that the reporters were filming her and she immediately motioned to the Channels Cameraman she could see and demanded to know why she was being filmed.

Toyin Saraki who became very boisterous told everybody that she is not a public figure but a private person and should therefore not be filmed. She demanded that the cameraman should immediately delete her footage.

She even went a step further to consult with the Magistrate and came out immediately within few minutes that it is now a court order that she must not be filmed and that the video footage be deleted.

Acting on her order, her orderly immediately swooped on channels cameraman and took the VCR Card, took it into the court with intent to wipe out the content but it was to no avail since the equipment failed to read the card.

Right on the spot, Mrs. Saraki, who said she had practice law for over  20 years and even journalism at some point.