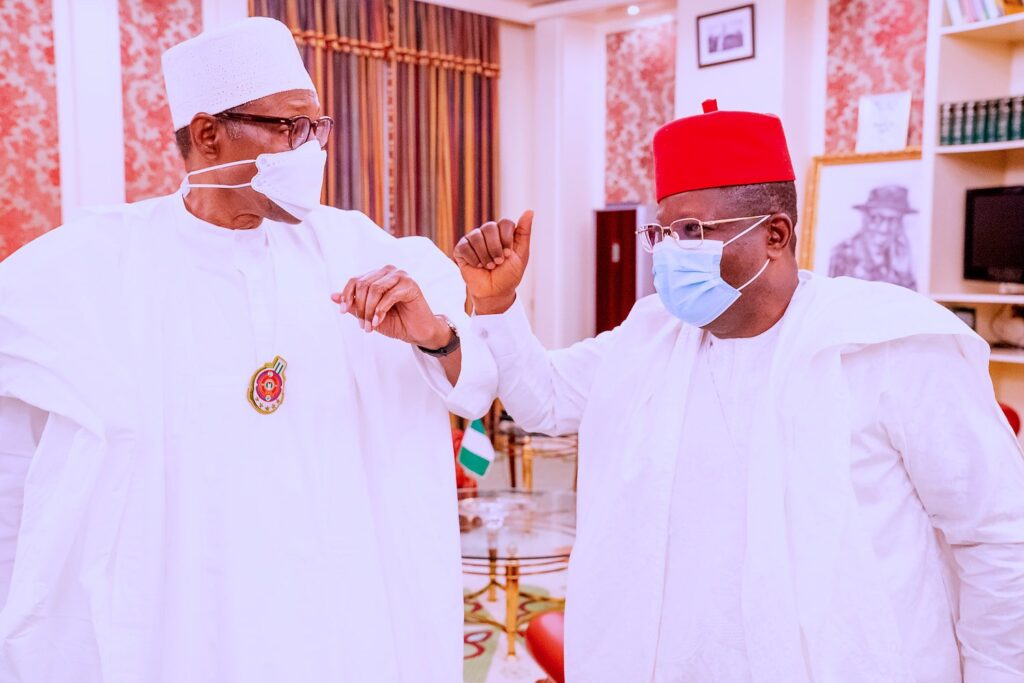 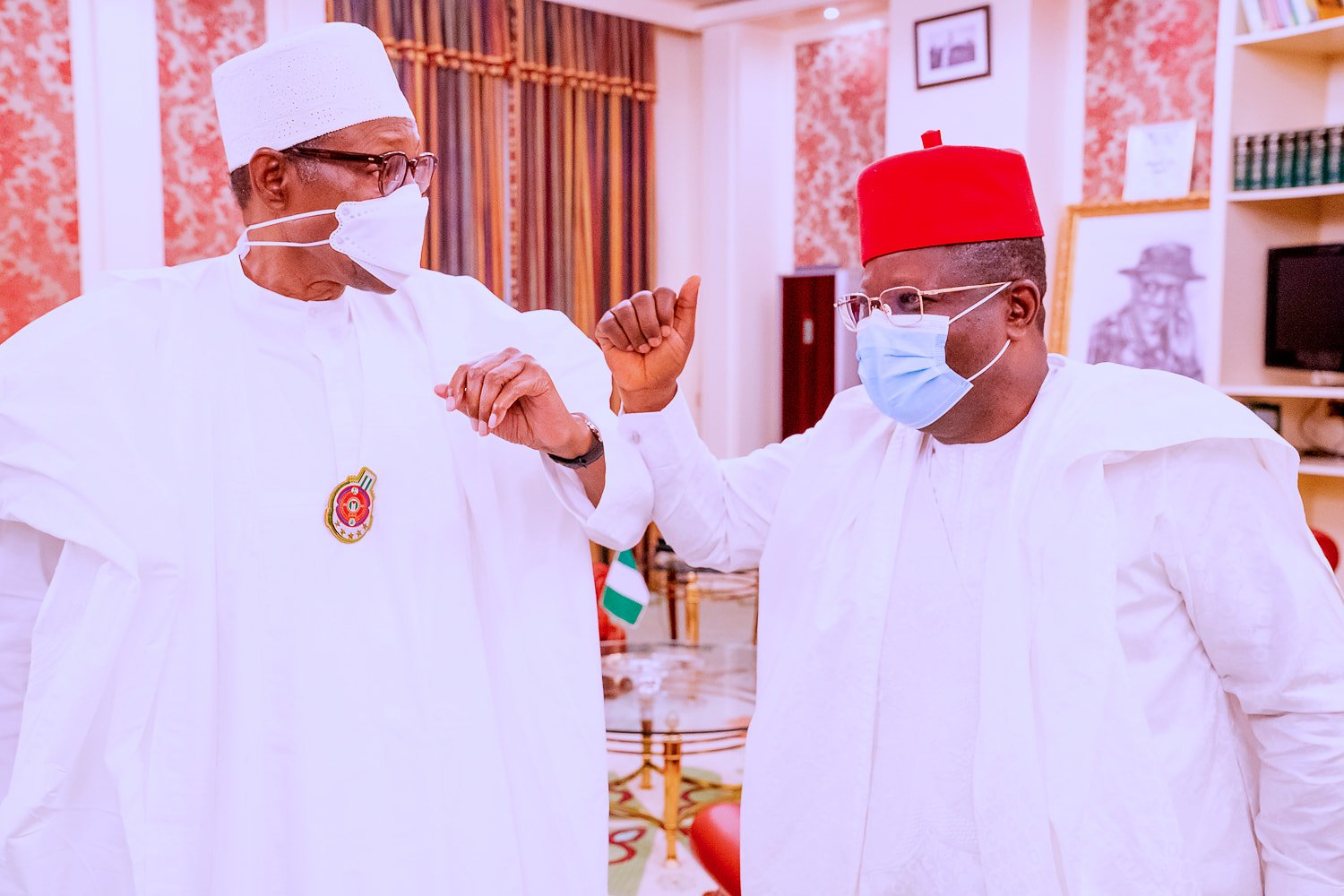 Ebonyi State Governor, Dave Umahi, has informed the President, Major General Muhammadu Buhari (retd.), of his intention to contest the presidential ticket of the All Progressives Congress.

Umahi disclosed this to State House Correspondents on Tuesday after a closed-door meeting with the President at the Presidential Villa, Abuja.

The governor’s visit came barely 24 hours after the National Leader of the APC, Asiwaju Bola Tinubu, met Buhari to notify him of his intention to contest for the same APC presidential ticket.

Umahi confirmed to reporters that he discussed the issue with Buhari, who asked him to go and seek the support of the people.

On November 17, 2021, The PUNCH reported that Umahi defected from the Peoples Democratic Party to the APC.

on November 30, he said he did not defect to the ruling party to contest for the presidency in 2023, claiming that his decision was based on perceived injustice in the PDP.

But on Tuesday, the governor said, “I told Mr President that without prejudice to whatever will be the decision of the party, which we shall abide by, that if the party throws the ticket open or zoned to Southern part of Nigeria, that I believe that with what I have put in place in the past six years plus, that I will be running for Presidency on the platform of the APC.

“So, I told him, and of course, he believes that whoever wants to run for President of this country must have to consult widely; go to all the leaders and that we must do everything to remove ethnicity and religion in our politics so that this country can grow.”

Umahi said if given the opportunity, his Presidency will replicate his efforts in Ebonyi State at the national level, saying that he has a lot to show in running governance as a business.

When asked about the likelihood of his emergence seeing that other bigwigs such as Tinubu, are gunning for the party’s ticket, Umahi said he is undeterred by Tinubu’s presence because the contest is not about might.

“The Bible that I swore with, a section of it in 1Samuel, says that by strength shall no man prevail, and power and might belong to God. He chooses whomever he wills and he will do that in 2023. I am not in a contest with anybody. I am in a contest with myself,” he said.

Asked if he had commenced consultations with various interests to support his aspiration, especially with Southeast stakeholders such as the Ohanaeze Ndigbo, Umahi said his first step was reaching out to the President.

On deliberating with Ohanaeze Ndigbo, the governor said the group ought not to be getting involved in party politics.

This, he said, can be achieved through consensus and out-of-court settlement.