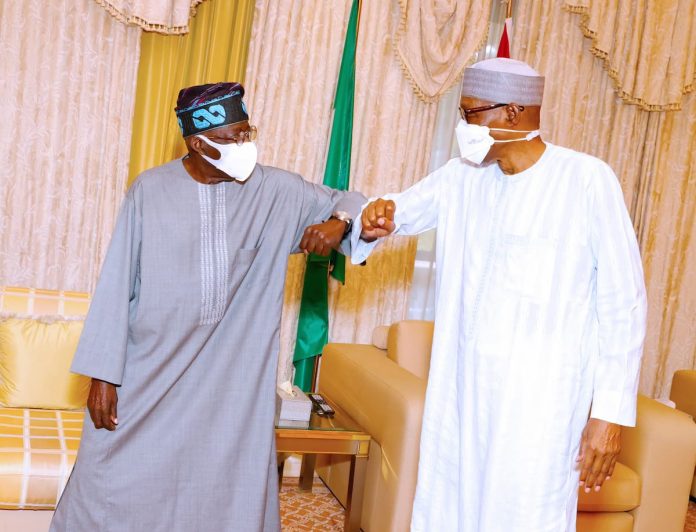 APC national leader Bola Tinubu has informed President Muhammadu Buhari of he is contesting the presidential election in 2023.

Tinubu said this in an interactive session with State House Correspondents after meeting the president at Aso Rock on Monday.

The former governor promised last year he would inform Nigeria early this year of his intention to contest the nation’s highest office.

Supporters started rooting for him when the northern political class, especially the APC politicians, fairly agreed on owner should rotate south in 2023.

The agreement was on a moral ground, though.