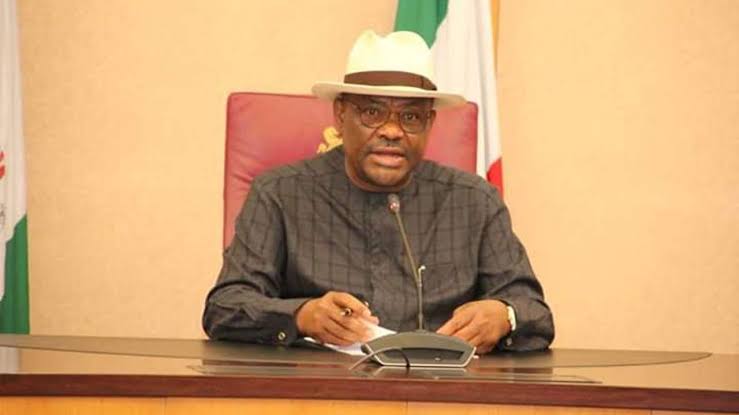 Wike also directed the Rivers State Head of Service to query one Mr. Temple Amakiri, a Director in the Ministry of Energy, for abetting bunkering activities and hand him over to the police for investigation and possible prosecution.

The governor, who disclosed this during a state broadcast on Sunday, assured that his government is determined to effectively tackle the soot menace by destroying and closing down all identified illegal crude oil refining sites and activities across the state.

He revealed that the State Taskforce on Illegal Street Trading raided some illegal crude oil refining sites in Port Harcourt and arrested a number of recalcitrant persons.

Wike identified the individuals who he termed the “kingpins of bunkering and illegal crude oil refining activities” and declared them wanted, saying that they should report themselves to the State Police Command where their details have been submitted.

Governor Wike said his government has also identified those behind illegal bunkering activities in Okrika communities, Port Harcourt Township, Rivers South-East and Rivers South-West Senatorial Districts, adding that their names would be soon published and declared wanted, if they fail to voluntarily report to the Police.

He urged residents of the State to report those involved in illegal crude oil refineries and other damnable activities to the State Task Forces which has already been set up at the State and Local Government levels for immediate action.

Wike also reaffirmed that the total ban on the use of motorcycles in Obio/Akpor and Port Harcourt councils, which was necessitated by the collective threat they posed to the security of lives and property

KanyiDaily recalls that Governor Nyesom Wike had also narrated how he was arrested alongside all the male members of his family over a murder charge arising from a chieftaincy dispute.