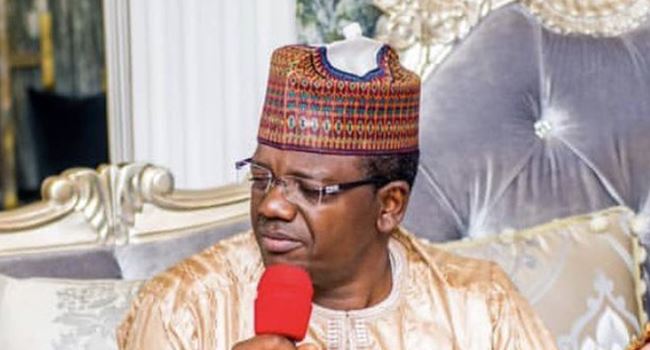 The All Progressives Congress (APC) has berated Governor Bello Matawalle of Zamfara State over frequent travels within and outside the country, abandoning governance and service delivery to the people of the state. This is coming as the conflicts in Zamfara State APC have continued to deepen since the 2019 general elections. The conflicts degenerated into the control and division of the APC in Zamfara State by three parallel factions.

The APC faction led by Senator Kabiru Marafa had in a statement by the factional State Publicity Secretary, Bello Bakyasuwa Maradun, coordinated by factional State Chairman, Sirajo Garba Maikatako, cautioned Governor Matawalle to reduce national and international travels and concentrate on providing governance towards supervising military operations to eliminate bandits and restore security in the state. The faction further scolded Governor Matawalle over absence of development projects in the state under his administration.

According to the Zamfara factional APC: “We are particularly worried that while these operations were going on, the Governor was outside the country attending traditional wrestling events in Niger Republic. These and the abysmal absence of developmental projects in the state are not in tandem with the principles and ideals of APC that we know as founding members.”

The APC faction loyal to Marafa protested that the insinuation is baseless, careless, and irresponsible, saying the faction has no link with such utterance. The Marafa group enjoined media practitioners to authenticate the genuine source of information before going to the press so as not to misrepresent conflicting interests in Zamfara State.  The Marafa APC faction in the statement declared: “We seek to be counted out of this madness.

“Our understanding of the formation and character of the three factions of APC in the state vis-a-vis the contents of the briefing from which the reports were developed point to the action as a product of the crafty government faction that depends on blackmail, propaganda and witch-hunt to survive.

“We are obliged by statements like this to call on the media to do well by indicating clearly the faction of APC from where they sourced the contents of their publications.”

The APC in Zamfara State has since the 2019 general elections split into three factions of APC led by former Governor Abdulaziz Yari, Senator Kabiru Marafa and Governor Bello Matawalle. The crisis initially revolved around two factions led by Yari and Marafa, which led to the loss of Zamfara State to the PDP after the 2019 governorship election, the principal beneficiary from that conflict, Governor Matawalle later defected from the PDP to the conflicting APC to form a third faction in the party conflicts towards the 2023 general elections.

The Marafa APC State Chairman, Bakyasuwa, declared: “unless the dispute is settled by competent court of law or acceptable consensus, we want to appeal to the professional standing of the media to properly label reports with their relevant factions to avoid misguided attributions.”

Governor Matawalle is the known party leader among the three factional APC leaders that was a member of the PDP and recently defected to the APC.