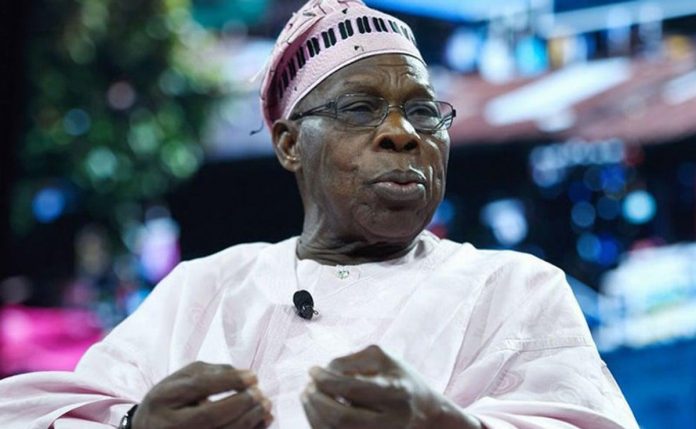 How Abacha prevented me from becoming a lawyer – Obasanjo

Former President Olusegun Obasanjo has revealed how the late former military ruler, Sani Abacha denied him the opportunity to become a lawyer while in prison.

Obasanjo who disclosed when he hosted winners of the Future African Leadership Awards (FALA) at the Obasanjo Presidential Library in Abeokuta said the totality of his life has been good for his life.

It would be recalled that both Obasanjo and his late friend Shehu Musa Yar’Adua were arrested and jailed in controversial circumstances in 1995 by the military government of Sani Abacha. While Yar’Adua died in prison, Obasanjo was released in 1998.

The former president said while in prison he had wanted to study law, but the prison officials said they would need the permission of Abacha, “When Abacha was approached, he refused, saying I was a thorn in his flesh, and that given me an opportunity to study law would be like arming me to give his administration more headaches.

“So, I started writing books, and also became a pastor in prison. The prison gave me time to pray and fast and also interact with other people.

“My father didn’t go to school nor my mother. I was born in a village. All these processes, including my prison experience, I take as ways of learning. It hasn’t been easy but God didn’t promise a smooth ride either, but He assures us we will overcome the world if we follow him, which I have done.

“When I was first arrested, I thought it was a mistake but when I was taken to a military Court Martial, I realized it was a premeditated effort to silence me by the ruling junta.

“When I was in prison, I was reading the bible and I realized that the people who set me up knew what they were doing. So, I graduated from being a bitter person to accepting my fate.

“By the time the verdict was given, I had already accepted my fate. I was given 30 years, and the sentence was later reduced to 15 years. My wife said but I have not done anything, I said yes, I haven’t done anything wrong but the person who put me here wanted me to be behind bars for a reason.

According to Obasanjo, even when late Robert Mugabe of Zimbabwe and President of Uganda, Yoweri Museveni came to Nigeria on behalf of the OAU to meet with Abacha over the matter, the man bluntly refused.

“He showed them an alleged video, but the delegation told him they didn’t see anything in the video, Abacha told them to watch the video again. So, you see, he was desperate to put me behind bars, and not ready to listen to anybody.

He said on several occasions, attempts were made on his life to poison him like they did to Yar’ Adua but the Grace of God kept him alive.

“When I was being taken out of Yola Prison, a doctor was instructed to inject me with poison, but my personal doctor had advised me not to let any other doctor take my blood, so I didn’t allow them to touch me.

Speaking on Wole Soyinka’s opposition to him becoming the Secretary General of the United Nations, the former president described the Nobel laureate as a very talented dramatist but also egocentric and a humanist.

“If I had succeeded in becoming the UN’s Secretary-General, I wouldn’t have gone to prison, nor later came out to become the elected president of Nigeria. So, you see, everything works together for our goods, but oftentimes we focus on the negativities instead of the good sides.