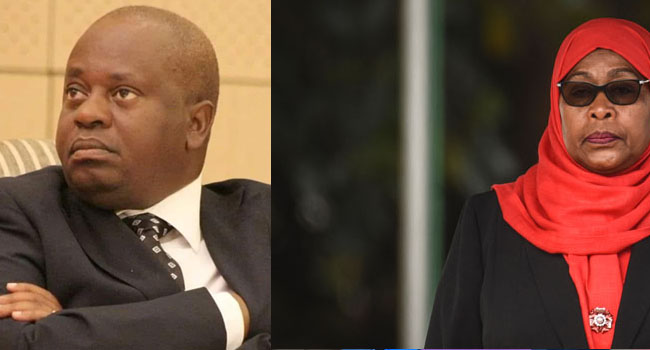 The controversies of increasing foreign loans procured by the president caused dispute between the President and Speaker if the federal legislature, kneading to the voluntary resignation from office by the speaker. This has deepened the cracks in the ruling party.

The Speaker of the parliament in Tanzania had resigned from office on Thursday following public disagreement with the President of Tanzania, Samia Suluhu Hassan, over increasing foreign debt in the country.

Ndugai had provoked President Hassan when he criticized the president on Tanzania’s “excessive” foreign loans.

The speaker, in a statement, disclosed that he had written the  secretary-general of the ruling Chama Cha Mapinduzi (CCM) to notify the party of his resignation from office which he held since November 2015.

According to Ndugai, “This is my personal and voluntary decision for the interest of my country, government, and my party CCM.”

Hassan, who assumed office in March 2021, on Tuesday, revealed her plan to reshuffle the cabinet and expel ministers siding with rival politicians in the party for the election. The President expressed bitterness over the Speaker’s criticism last week of the government they both belong.

Ndugai at a public meeting last week, declared: “Is there any pride in taking around a begging bowl.

“We have resorted to borrowing every day. There will come a day when this country will be sold off.”

Speaker Ndugai, however, said on Monday that his statements were misunderstood; he apologised to Hassan, but the President was extremely bitter that she could not be convinced with the apology.

According to President Hassan, “I did not expect someone who leads a pillar of the state to utter such words.” She vowed that the government would continue to secure more loans to fund development projects in the country.

The Central Bank of Tanzania in a published report showed that private and public external debt in Tanzania was about $28 billion in November 2021, the government borrowing over  70 percent of the total debt.

The total debt, according to the central bank in November was $36 billion, while the gross domestic product (GDP) was $64.7 billion at the end of 2020.

Cracks in the ruling Chama Cha Mapinduzi (CCM) have been deepening in  the build up to elections, which will  hold in 2025.