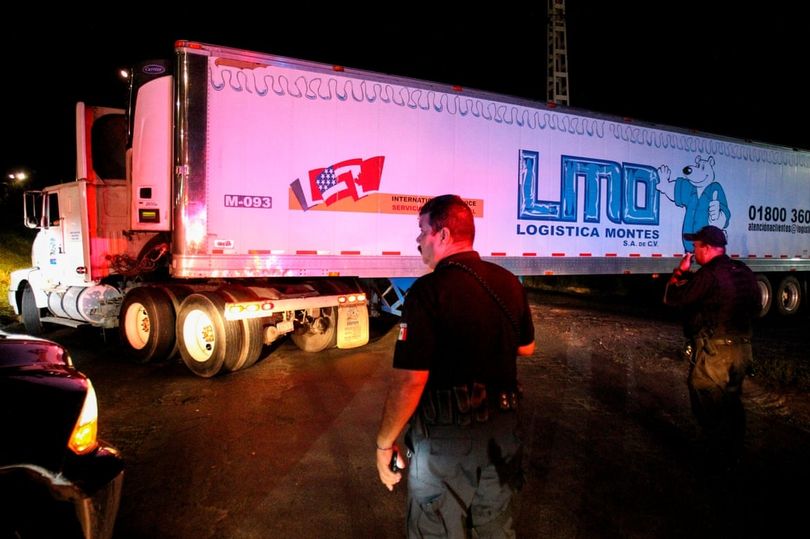 An unknown man has parked a truck with 10 dead bodies at a state governor’s mansion in Mexico.

Authorities said that the corpses were left outside governor David Monreal’s office at Plaza de Armas in the central state of Zacatecas.

Officials said a man drove the vehicle into the plaza, left it there and then walked away, the Independent reports.

The square, which Lonely Planet says “buzzes at night with families promenading, children playing and occasional live music,” was still decked out in Christmas decorations.

Two people have been arrested, the governor said in a tweet, adding: “We will not rest until peace and security return to our state.”

“They came to leave them here in front of the palace,” Mr Montreal said in a video. He added that the bodies looked like they had been beaten and had bruises all over them.

Referring to rising violence in the state, Mr Monreal promised that “bit by bit we will recover our peace”.

In November, a week after 10 bodies were found hanging from a bridge, another eight were publicly displayed, in what is thought to be a gang-related incident, in Zacatecas.

He said: “We are going … to support David Monreal and give all our support to the people of Zacatecas.

“The entire cabinet of the federal government is going, today and tomorrow, to a security meeting. The entire security plan is going to be reinforced.”

This will see 1,500 National Guard soldiers carrying automatic weapons being deployed onto the streets of Mexico, in an attempt to make it safe for tourists.

Also in November, one of Mexico’s biggest drugs cartels issued an ominous warning to foreign tourists.

Writing on a hand-printed sign, dangling over the popular Tulum bazaar in Quintana Roo, a sign said: “Attention merchants of Tulum … this was a warning”

It refers to an incident in October last year where tourists were caught in the crossfire of a cartel war, and urges business owners in the area to keep paying “bribes” to the drug gangs.

According to local media, and the New York Post, there could be as many as 10 drug cartels vying to control of Tulum.