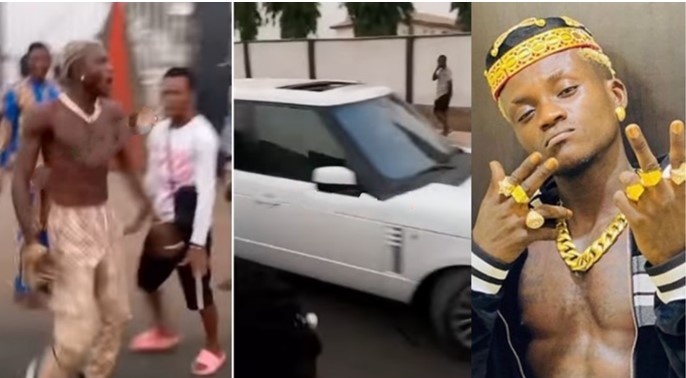 Fast-rising singer, Portable has been seen in a viral video fighting with ‘area boys’ publicly after they reportedly seized his crown and smashed the windscreen of his Range Rover in Ota, Ogun State.

In the video circulating the social media, Portable could be seen venting and creating a scene in public after his Range Rover’s windscreen was broken by the area boys who took his crown.

The singer even engaged in a physical scuffle with his escorts and security detail before a soldier forced him into the car which immediately left area to prevent the situation from getting out of hand.

This comes barely 24 hours after Portable was seen in another video wielding a baseball bat while demanding his car from his manager, Kogbagidi, whom he accused of ripping him off his money.