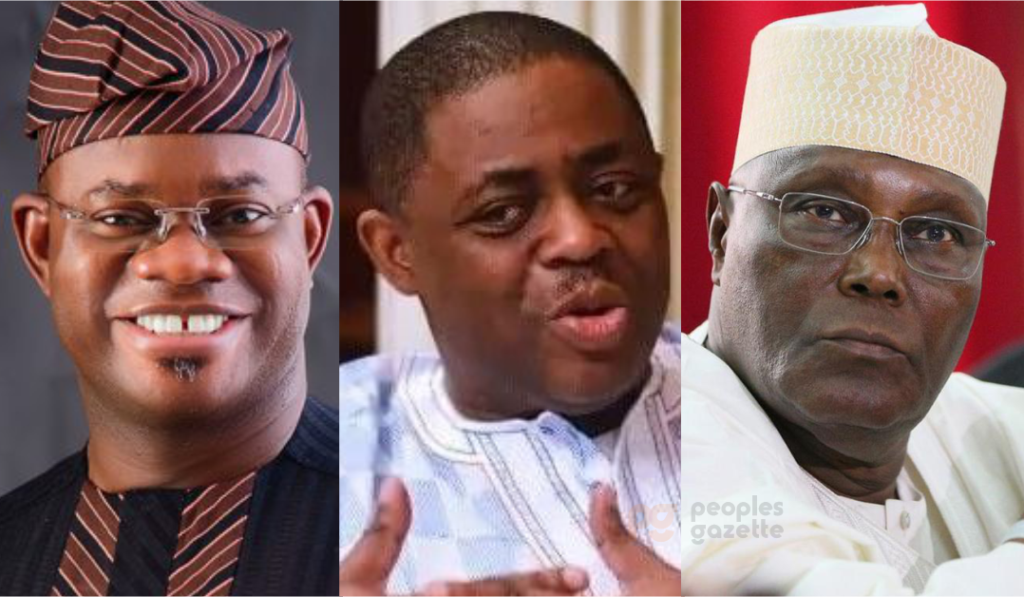 Speaking with Channels Television on Friday, Fani-Kayode said he believes that Yahaya Bello can defeat Atiku ‘hands down’ if they both contested for the forthcoming 2023 presidency.

The former minister claimed Bello would make an excellent president because the governor would appeal to Nigerian youths in the country to give the power to a younger person.

Fani Kayode said, “I believe Governor Yahaya Bello. I believe that he will be an excellent president. I believe he will appeal to millions of young people in this country and that this is a change in the dynamics we are giving power to a younger person. That is just my view though.”

When asked if Bello who aspires to contest on the platform of the ruling All Progressives Congress (APC) can defeat Atiku of the Peoples Democratic Party (PDP), the ex-minister said replied, “Why not? He (Bello) will defeat him (Atiku) hands down.”

The former minister added only Bauch State Governor, Bala Mohammed, and Ifeanyi Ugwuanyi, his Enugu counterparts from the PDP can provide a “strong fight” against the APC in the 2023 presidential election.

Fani-Kayode asked Mohammed to join the APC to contest the ruling party’s presidential ticket if the PDP denied him a chance to run for the election.

He said, “There are two people that will provide a very strong fight against the APC within the ranks of the PDP, only two. The first is Bala Mohammed, who I have immense respect for.”

“But I doubt they have the presence of mind to give him the ticket in fact they will make sure he does not get the ticket or he should come to APC and try his luck.

“And Ifeanyi Ugwuanyi of Enugu state who is not even on your list (a list of 2023 presidential hopefuls put together by Channels Television) and he is one of the brightest and the best of them all, the most effective. They are two people that would provide a good fight.

“There is nobody else on that list, particularly Atiku Abubakar, that can stand against anybody within the APC, particularly against Yahaya Bello, Fashola or Fayemi. That is just my view, and I have my reason for saying that.”