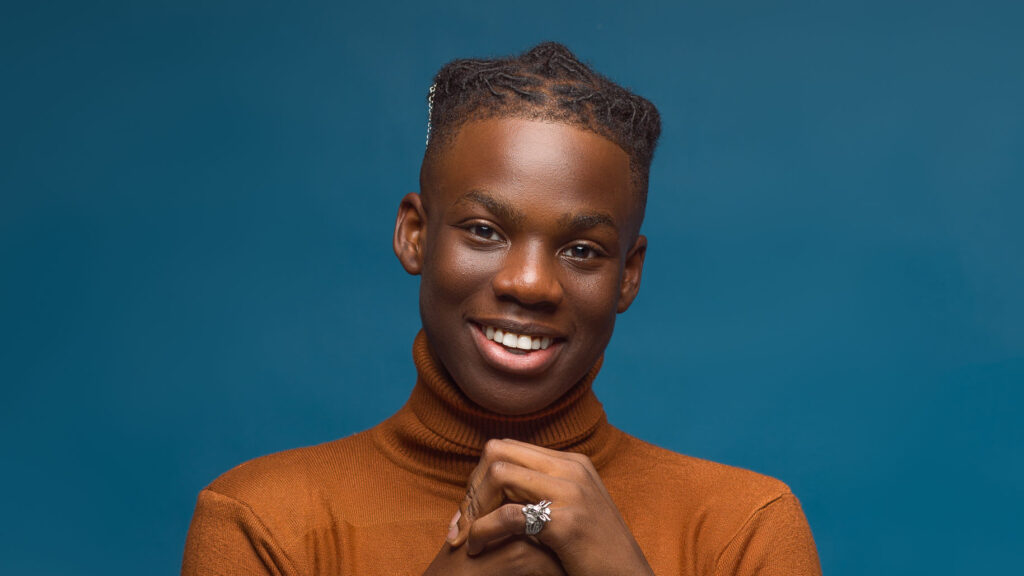 Nigerian singer and songwriter, Rema has taken to social media to announce that he gained admission into the University of Lagos (UNILAG) to study Creative Arts.

In a series of posts shared on his Twitter post, Rema said that the reason he was going back to school was because his mother advised him to get a degree.

The singer wrote, “What if I told y’all I got an admission into Unilag? Lol, Mom said I still need to get a degree. oh well, see you guys in class!”

He added that he’d try to drop his forthcoming album before he enters school because he doesn’t want his UNILAG fans to beat him up if he failed to do so.

Rema tweeted, “I will try to drop the album before I enter school. So they’ll not beat me in UNILAG. Plus, I’m in the Creative Art Department.” 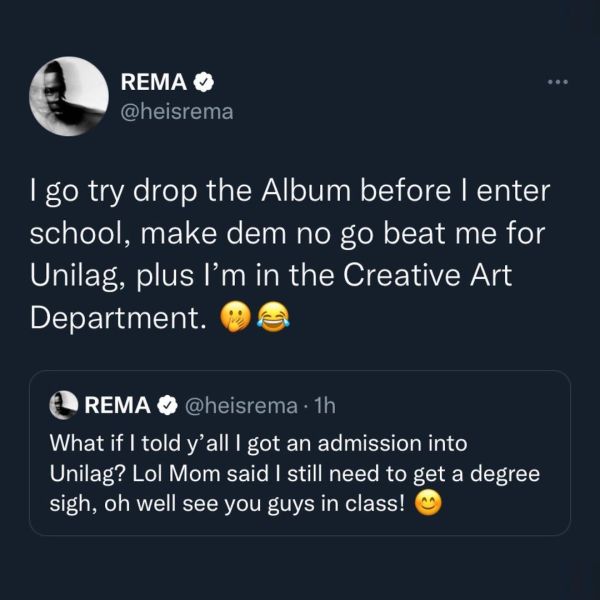 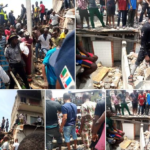 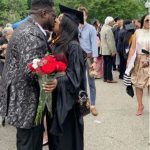 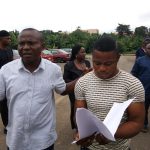 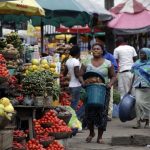