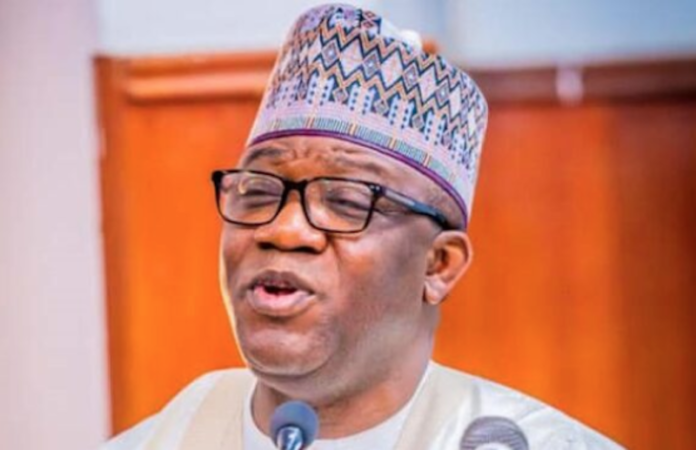 Fayemi: Some entrenched APC interests desperate to defame, blackmail me

Ekiti State Governor and Chairman of the Nigeria Governors’ Forum (NGF), Dr. Kayode Fayemi, has disclosed that there are some entrenched interests desperately seeking to defame and blackmail, because of the 2023 presidential run, a decision he claimed he never told anyone he was interested.

Fayemi, who gave the clarification while responding to the alleged planned smear campaign against him over the 2023 presidency, alerted the general public of a fresh plot by some political interests to activate a spate of negative media campaigns against his person in a bid to demarket him.

The plot, according to Fayemi, in a statement by his Chief Press Secretary, Yinka Oyebode, in Ado Ekiti, yesterday, was to use some faceless political groups and political jobbers from different parts of the country to defame him.
Fayemi, however, maintained that he hasn’t told anyone that he was interested in the race and that he should be spared of the agony and refrain from dragging him into unnecessary controversy.

The Ekiti governor added that his detractors were plotting to deploy the faceless groups to discredit him and portray him as unacceptable to the generality of the people across the six geo-political zones of the country, which he branded as part of the game plans for the 2023 presidential contest.

“For the avoidance of doubt, Dr. Fayemi, has not told anyone that he is in the race for the Presidency of Nigeria. He has always maintained that he is on duty in Ekiti and would like to concentrate on that assignment. What he does afterwards is in the hands of God and he will cross that bridge at the appropriate time. He restated this position during his most recent interview with Arise TV on January 1, 2022.

“Some entrenched interests within the ruling All Progressives Congress, however, seem uncomfortable with the rising profile of the NGF Chairman and have resorted to cheap blackmail aimed at de-marketing him.

“We urge members of the public to disregard the potpourri of lies and cheap blackmail that could be released in the coming days, while the promoters of this smear campaign are advised to concentrate on marketing their aspiration to the good people of Nigeria without recourse to defamation or character assassination of perceived competitors.”

Fayemi added that the Nigerian Constitution stated clearly the qualifications for the position of the President of the country.

“Every qualified adult has the right to aspire to the number one position. Therefore, we do not believe it is proper, decent or strategic for any aspirant to think his campaign can only gather momentum, when he destroys the reputation of a fellow citizen, who is perceived as a possible opponent,” the statement stated.