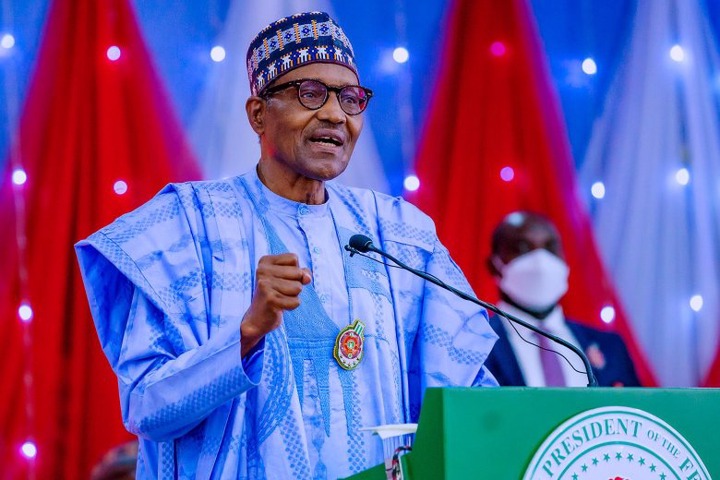 ..says favourite presidential candidate may be eliminated if known now

The President, Major General Muhammadu Buhari (retd.), has expressed fear that his favourite presidential candidate may be “eliminated” if he is known now.

The President made the disclosure in an exclusive interview with Channels Television aired on Wednesday.

He said this after noting that he was not concerned about the 2023 election.

When asked who is his favourite presidential candidate, the president replied, “I won’t tell you my favourite for 2023, he may be eliminated if I mention. I better keep it secret.”

When asked about what comes to his mind when Peoples Democratic Party is mentioned, Buhari replied, “failure”.

The president listed some of the expected changes to include the addition of consensus candidates and indirect primary options.

“All I said (is that) there should be options. We must not insist that it has to be direct; it should be consensus and indirect,” he added.

Asked if he would sign if the lawmakers effect the change in that direction, he affirmed, “Yes, I will!” I will sign.

“There should be options, you can’t dictate to people and say you are doing democracy. Give them other options so they can make a choice.”

When asked about his perception of Nigerian youths, Buhari said, “I wish when they go to school; when they work hard; when they earn their degree, they don’t do it thinking that must give them jobs.

“You get educated because an educated person is certainly better than an uneducated person even in identifying personal problems. So, education is not meant just meant to hang on to the to give you jobs and then what the colonialists indoctrinated in us to believe – have a car, have a house; start work by 8:00 am and close by 2 pm.”