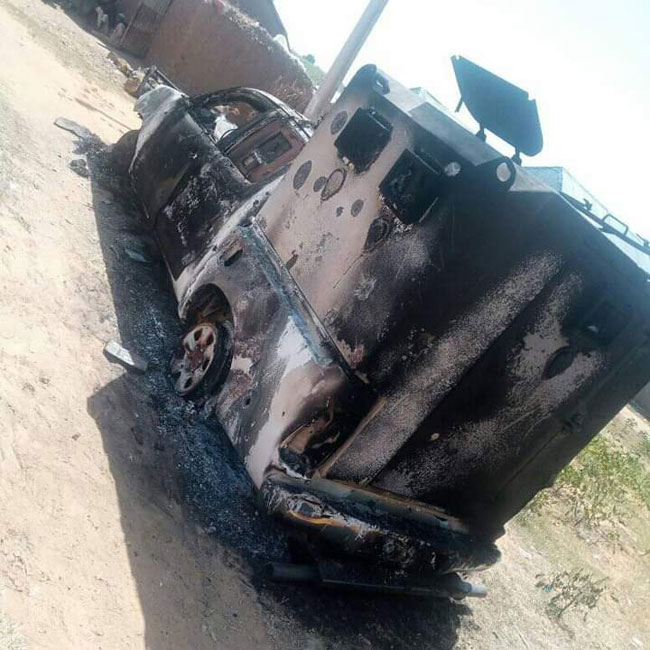 Customs attacked by mob for preventing illegal entry that caused death of 4, injured 6

Nigerian Customs Service were attacked by a mob who set ablaze their vehicles after an accident involving three commercial vehicles occurred along Sokoto-Illela road.

Four persons were killed and six others injured following an accident which occurred on Sunday morning at a checkpoint mounted by personnel of the Nigerian Customs Service, at Asara, along Illela border command in Sokoto state.

The affected vehicles, two Toyota Avenses and a Golf Salon collided while trying to evade a stop and search of the Customs officials at the checkpoint.

According to Punch, a mob angered by the death, set ablaze two vehicles belonging to officials of the Nigerian Customs Service who they accused of causing the accident.

“One of the drivers suspected to be carrying rice and vegetables oil from Illela end of the border, in an attempt to evade arrest, eventually ran into a customs checkpoint located at Asara village.

“They (customs) obstructed the driver in a bid to stop the vehicle for a search and that caused the driver to lose control. The car ran into an incoming vehicle and had a head-on collision while the other car coming from behind, crashed into the two.

“Four persons were confirmed dead on the spot in two of the vehicles while no fewer than six people sustained various injuries during the accident.

“The injured persons were later taken to Gwandabawa General Hospital for medical attention.

“It took the intervention of the men of the Nigerian Army who were drafted to the scene to prevent further attacks against the customs’ facilities in the area.”

An official of the Sokoto state command of the Nigeria Customs Service described the incident as unfortunate.

The Custom source who preferred anonymity because he was not permitted to speak to press, added that two vehicles belonging to the Customs service were burnt by the mob.

“The officials were only carrying out their legitimate duties by preventing the entrance of contraband into the country as stipulated by the extant laws. It is unfortunate that the mob carried out an attack against them.”